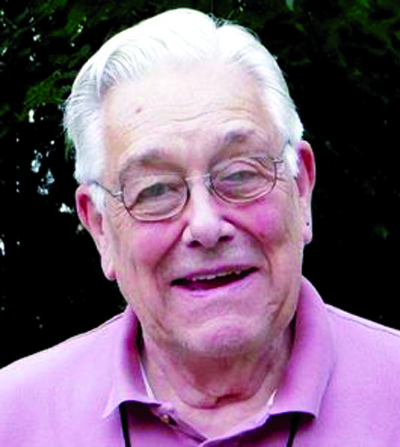 The Jacksonville Public Schools Foundation is happy to announce they have received a 1 million dollar donation. Mr. Herman Dieckamp, a 1946 Jacksonville High School graduate, honored the Foundation with this significant gift upon his death.

While Dieckamp valued his college education greatly, he also realized his path was not for everyone. The Foundation will honor the numerous conversations held with Dieckamp about providing Jacksonville High School students more vocational opportunities.

While Jacksonville High School does currently offer numerous vocational classes, the Foundation Board of Directors looks forward to working with District 117 to launch a project to expand and enhance quality and relevant technical and vocational education and training opportunities for Jacksonville High School students to produce skills that respond to the workforce demand in the region.

Dieckamp’s obituary reads: Herman M. Dieckamp, 91, of Kendal at Hanover and formerly of Mountain Lakes, New Jersey, and Jacksonville, Illinois, died Friday, August 16, 2019, due to complications from a stroke.

He is survived by his children, Frederick Dieckamp and Krista Dieckamp; and his longtime friend, Marjorie Storrs. Herman’s wife, Shirley Burton Dieckamp, passed away in 1981. His close friend Frances Granger died in 2000. Herman also is survived by the family of his brother, Walter; including his sister-in-law, Elizabeth Newberry Dieckamp; his nephew, Kirk (Brenda) Dieckamp; his nieces, Karen (Chuck) Tyler and Kris (Tom) Rafferty; and their families.