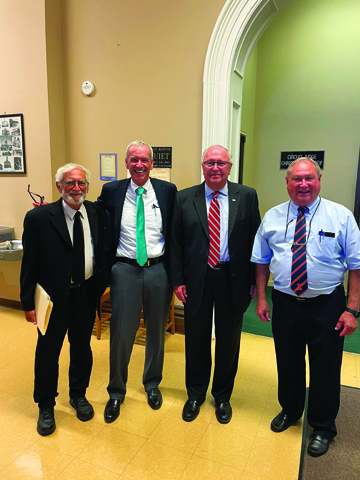 The photo was taken by Robert V. Bonjean III.

Fortuitously, these three lawyers and a local judge were recently on the second floor of the Morgan County Courthouse at the same time. From left to right are Eddie Carpenter, Chuck McNeely, Ed Parkinson and the Honorable David R. Cherry.