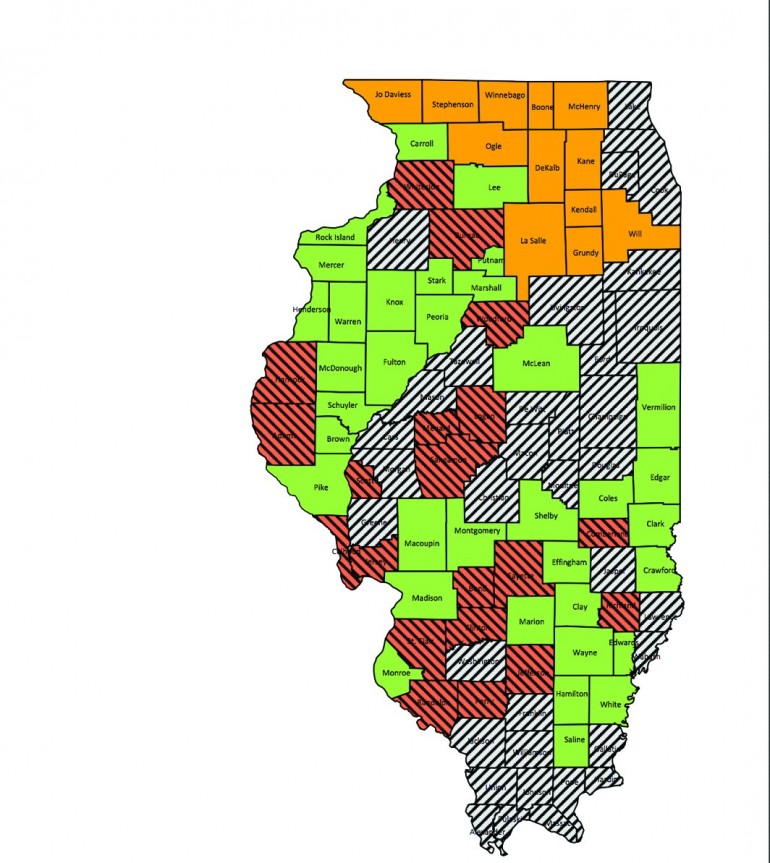 IDNR also announced that some counties will also see a reduction in firearm permits.  The entire state will see a reduction in anterless-only permits by 6,375 and either-sex permits will be reduced by 4,925 permits.  The 2013-2014 firearm deer season saw 277,585 permits available compared to 266,285 permits available for the 2014-2015 season.  The loss in permits results in a loss of about 4.1 percent in permits. 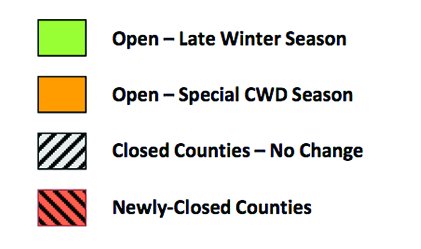 IDNR biologist base their decisions on the upcoming deer seasons on several factors.  Biologist take into account deer hunting harvest numbers, deer-vehicle accident data, a survey of Illinois deer hunters, as well as hemorrhagic disease reports.  According to IDNR, deer-vehicle accidents are an accurate barometer of Illinois white-tail deer populations.  IDNR reported that  in 2013 there were 145.3 accidents per billion miles driven was down slightly lower than 148.3 in 2012.  IDNR also stated that poor weather during the 2013 firearm season contributed to less hunter success as well as lower hunter participation.

Governor Pat Quinn signed legislation that would help increase boat safety on Illinois’ lakes and rivers.  Three new legislations signed into law will help promote safety and awareness of water skiers and tubers, expand boating safety education, and strengthen penalties to those who operate boats under the influence.

Senate Bill 2731, which mandates that the operator of any watercraft that is towing a person, such as a water skier or tuber, must display a bright orange flag measuring not less than 12 inches per side. The flag must be displayed from the time the person to be towed leaves the boat until that person returns to the boat at the conclusion of the activity.

Senate Bill 3433 requires all persons born after Jan. 1, 1998 to take and pass a boating safety course validated by the Illinois Department of Natural Resources and hold a valid boating safety certificate before they can operate a motorboat with an engine over 10 horsepower.

IDNR reports that in 2014, there have been 16 boating fatalities so far.