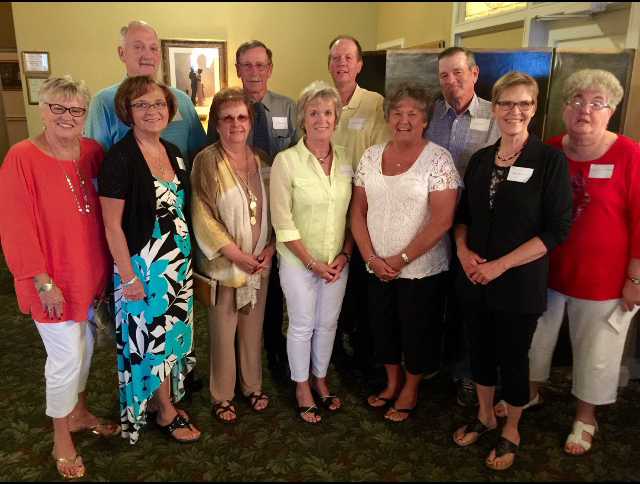 Article and Photo/Special to The Source Newspaper

Margaret Taylor, secretary, read the minutes and Vice President/Treasurer Jason Fricke gave the treasurer’s report. Superintendent Steve Eisenhaur gave remarks concerning the Triopia district Unit 27. The start and ending the school year were later because of the geo-thermo that was installed along with the many upgrades and renovations completed. This is the first year the seniors graduated with air conditioning. Teachers Julie Carriger and Connie Charlesworth are retiring and Amanda Lynn will be a new teacher. He closed with this statement. “Don’t count the days, make every day count!”

Mackenzie Musch gave the response for the class of 2016.

The following were noted as receiving various scholarship awards in the year of 2016.

Other awards mentioned were:

The meeting was adjourned, leaving time for visiting and getting reacquainted with friends and classmates. The 2017 Triopia Alumni Banquet will be held on the third Saturday of June, which is June 17, 2017.

Those in attendance for the June 18, 2016 Triopia Alumni Banquet were