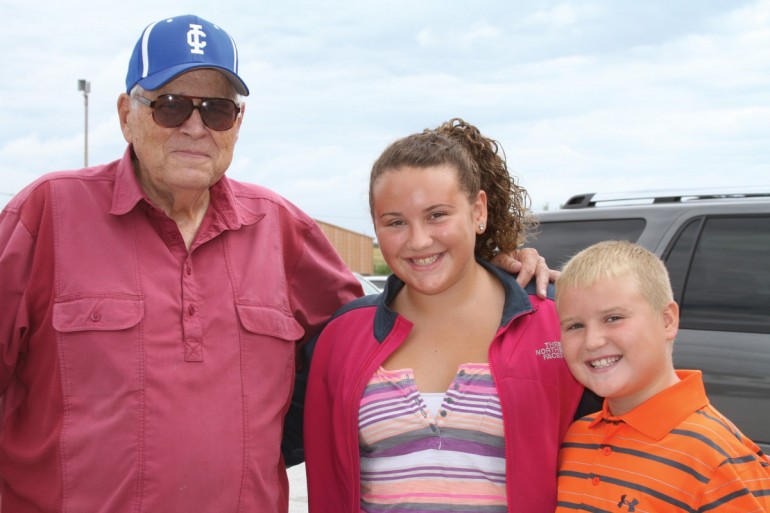 I last spoke with Roger Ezard at a basketball game at The Bowl. His grandson Drew was playing, and Roger told me that day he was feeling better and nothing beat a day of watching basketball. He added with a smile, “The perfect day is watching Drew play.” He told me he would be coming to visit me soon, but since we had moved off of our S. Main location, it was rare to run into him unless it was at County Market. Roger was a great friend to me, offering advice on the workings of the City of Jacksonville and my role on the council. Additionally, he supported The Source Newspaper and provided positive input and story ideas regularly. He cared about so much. In fact, he told me that he had been researching my son’s performance as a teacher and a coach and he was hearing things that should make me proud. He always talked about Sally and his wonderful family. It was clear that he was so proud of the people he loved. Roger was a man that went out of his way to say and do things that made people feel great. One of my greatest days was the day he brought me my wooden name box. In addition to the personal detail he applied in making it for me, he filled it with things I might need, including a hot pink LED flashlight for when I am out on Coroner calls at night. 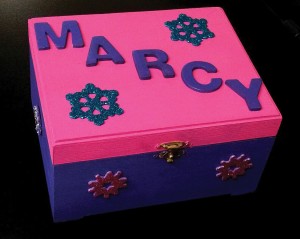 Photo/Special to The Source Newspaper
The special box that Roger Ezard made for Marcy Patterson still remains with her at her office. Roger Ezard will not be forgotten.

Roger Ezard grew up in Jacksonville, attended college at Illinois College and the University of Illinois, and taught at Marquette High in Ottawa, Illinois, and Wenona High in Wenona, Illinois, before coming to Franklin. During his time at Franklin, he taught high school math and physical education, while coaching basketball, baseball and track. Roger also taught math and social studies at Jonathan Turner Junior High for 30 years where he coached the boys’ basketball and track teams. While at Turner, many of his basketball and track teams advanced to the State tournament, the basketball placing fourth at its highest, and the track team second. Roger commented that he stayed in this community to be with his grandchildren and to watch his former students grow up. He was later inducted into the Illinois Basketball Coaches Hall of Fame and the Jacksonville High School Hall of Fame. He retired in 1995 after teaching for 38 years. The many comments on Facebook after his passing are a true testament to the wonderful educator that Mr. Ezard was. When I saw him at the hospital, I felt a deep ache at the impending loss of this amazing man, another person in this community who put service to others above himself. A more loyal friend couldn’t be found. I will miss him every day. Our thoughts go out to Sally and her family. Rest in peace, my friend.