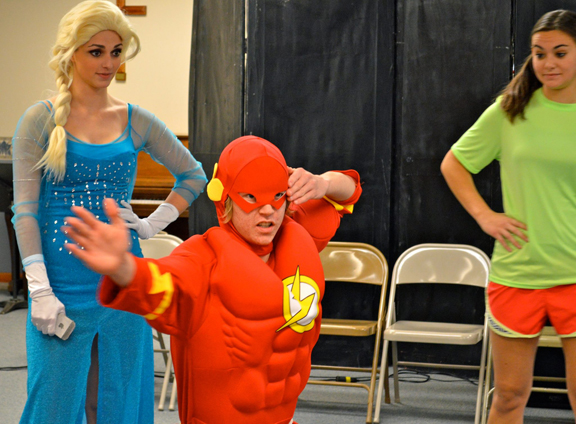 Rachel Skillet said, “I sat out there in my grade school class watching the traveling theatre and thought, yeah, I want to do that some day.” Now, ten years later, Ms. Skillet and her fellow cast members in the Lincoln Land Traveling Theatre class will be hitting the road to perform for thousands of “little Rachels.” Ken Bradbury, theatre instructor at the Jacksonville LLCC campus, has announced this year’s lineup of schools. “Some schools we visit every year but there are so many requests that we put them on a rotating basis,” said Bradbury.

This year’s show is called “Operation Superhero,” and tells the story of a young girl who wants super powers. Many well-known heroes including Batman, The Flash and Spiderman will be featured in the performance. “The biggest challenge in this year’s script might be simply getting all the costumes from one place to another,” said Bradbury.