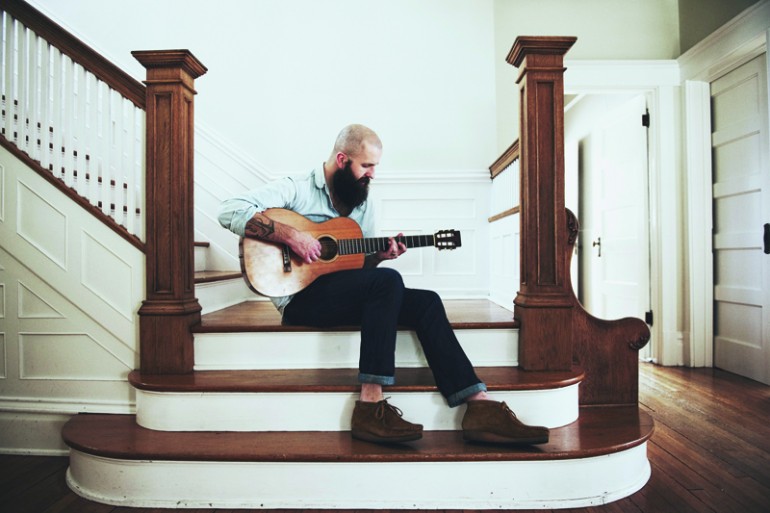 Originally from Pennsylvania, he ended up in Jacksonville, Ill. William Fitzsimmons says he “followed a girl out here,” adding, “I was on tour and I was dating a young woman from here … and I kind of fell in love with her.” Fitzsimmons moved to be with his now wife, Erin Brown, and near her family. Once in the mental health industry, working as a therapist, he walked away from that in 2006. He turned fully to his music.

If you’ve heard any of his tracks and lyrics, you may be struck with a sense of sadness (I joked with Fitzsimmons, questioning why he puts his fans through this torture, while thinking that really it is a different version of therapy) – an intimate, powerful and even at times painful music that holds you in a meaningful and psychological connection. Fitzsimmons continues, “I really like playing with the location and the reality of the fourth wall whenever I’m doing shows, you know. I think you can totally bring people into … that feeling … whenever everybody is on the same wavelength and there’s a shared emotion. There are those really cool moments when everybody is really together. I love when that happens and I also love, ummm … not making a joke about it, but, seeing the humor in that experience, too.” It’s a good fit. I’ve seen Fitzsimmons live and there is this moment when the melancholy reaches a comfort. Fitzsimmons explains, “We all had this really cool, heartfelt moment together; let’s kind of talk about how silly it is that a bunch of grownups are in a room together on the verge of crying, ya know, having a big group therapy session. To me, the shows have never felt better than when there is that kind of honesty – and sincerity, too.”

Fitzsimmons describes his music as acoustic, indie, electronica and folk. “I really do believe that I would not have been able to write the way that I do – good or bad – had I not gone so deep into psychology. That’s a part of what I do. I am trying to specifically help people that are kinda going through some (stuff). There’s a lot of similarities. To me, calling it a coincidence would be a mistake.” The emotions in his songs are universal, he says, making it easier to connect. His hopes that his listeners have that personal connection is “the whole kit and caboodle,” he said. 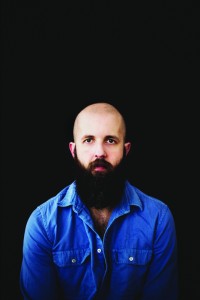 Photos/Erin Brown
The apparently also-talented wife of William Fitzsimmons, Erin Brown, took many professional pictures for Fitzsimmons’ publicity. Bearded in them all, Fitzsimmons noted, “I haven’t been clean-shaven since the 90s.”

From the discussion, one gathers that he is a composer; he likes to make things. “I like making music, I like making food … it’s fun … the creation,” he says. “Invariably, music just starts to come. I love writing music so much.”

The couple has adopted Josephine and Luella, their girls who are 3 and 1, respectively. As Fitzsimmons tours, he tailors his scheduling so that he’s balancing it all as much as possible. He talked about being intentional, that when you’re home, you’re home and you’re investing the time that is needed. Josephine and he bake together, for example; banana muffins are the go-to recipe. Fitzsimmons plans to take his family on tour with him overseas next year, excited that his girls will have the chance to travel and to open up their minds that way.

Fitzsimmons’ music is used in some movies and television shows, such as ABC’s Grey’s Anatomy or USA Network’s Burn Notice. Find him on Facebook, Twitter and his website, www.williamfitzsimmons.com. Find him in his music.