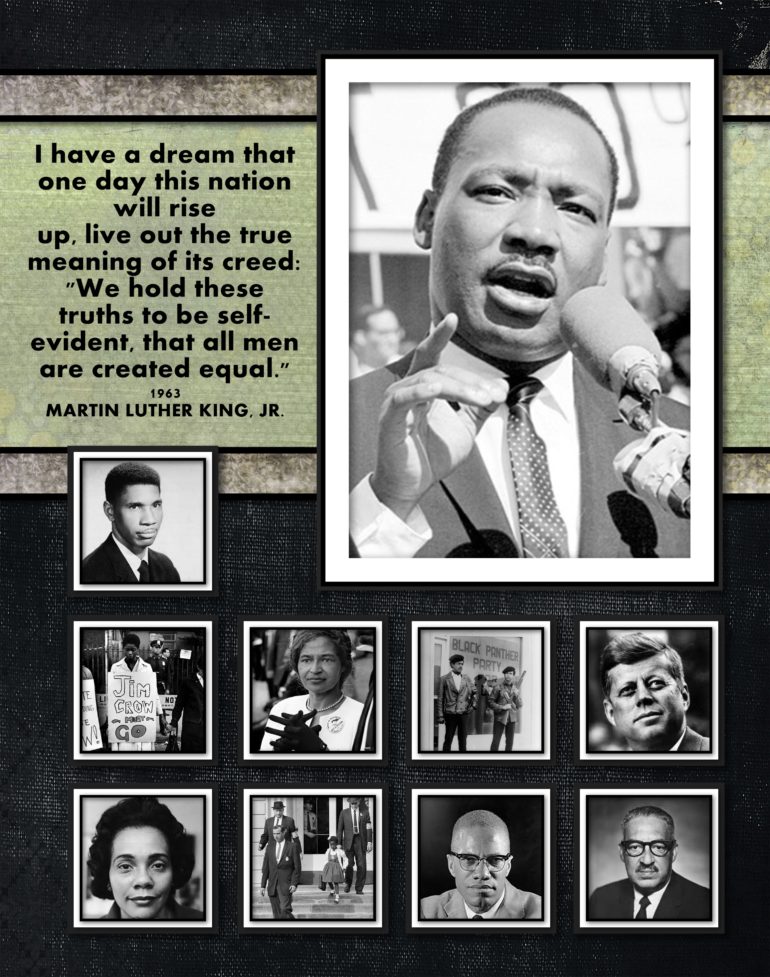 Mayor Andy Ezard annually hosts the Mayor’s Unity Breakfast, in honor of Dr. Martin Luther King, Jr.  This year’s breakfast was scheduled for Monday, January 20, 2014, and the Mayor invited Margaret Ann “Margi” Norvell Florence back to her Jacksonville hometown to be welcomed as the event’s keynote speaker.  I hope that many of you could attend the breakfast to hear Florence’s energy and uplifting spirit come out in her words. If you could not, I offer you a glimpse of who I immediately perceived as a strong and purposeful woman.

Early into our conversation, she divulged, “Well, I don’t usually tell a lot of people this, but I’ll tell you – and then you can do with it what you like. I already have my tombstone. It’s already in place. And on my tombstone it says, And she made a difference. That’s kind of like what I do every day. I make a difference somewhere or to somebody.” Florence said that she isn’t too comfortable talking about herself, but that she wants to be as inspirational to young people as she can, hoping that many area youth would come out for the breakfast.

Now residing in Des Moines, Iowa, Florence finds a way to inspire throughout each day. She still works two days a week as the Assistant to the Librarian at the Des Moines Area Community College, where she works with many international students. “Probably a lot of the things that I do with them and for them don’t have anything to do with their education,” she says, “It’s acculturation to being in Des Moines, getting things done, and how to do it.” She enjoys helping people and is also in charge of the Care Ministry at church. With the Care Ministry, she humbly minimizes her tasks, saying that she essentially just delivers communion to those that can’t make it and checks on people; however, this duty is something more. She does something that is simple, but powerful in someone’s life – she visits with them. Florence adds, “I’m inspired by people who are service people, who help other people. I just kind of roll along in the world and do my thing. And that’s it. When I see something that needs to be done – if it’s something that I can do, I do it. If it’s to be, it’s up to me.”

Florence spoke of racial differences from when she grew up in Jacksonville in the 1950’s and that era, voicing, “We went to the Y once a week, we skated once a month, we did not swim at all, and we had to sit upstairs in the Illinois Theatre. You couldn’t eat anywhere. When I went to (MacMurray) college, I hung around with a lot of kids from Chicago and they weren’t used to that kind of thing. We’d go someplace and they’d say, ‘We’re going to (such and such place), so c’mon!’ And I’d say ‘Oh, I don’t know…can’t go there.’”  The Chicago kids didn’t understand and many places would tell her she couldn’t be in there, but she did her best not to back down. “I’d been put out of a lot of the best places in town,” she laughs.

She values her integrity about whatever it is she attempts to do. “Stick-to-itiveness is part of me. I will stick-to-it until it’s done. I feel a great responsibility for pulling the person behind me forward. That’s just kind of who I am. I am a service-oriented person and this is what I do. My own goal always is whatever it is I do, it needs to make a difference for something or somebody. That’s my whole thing. I’ve had just an extraordinary, wonderful life. I really have. I’ve been very privileged to be in many, many places and do many, many things,” says Florence.

I’ve personally recognized times in my life when someone immediately strikes me as good, emitting this positive sense about him or herself. Margaret Ann Norvell Florence is held in one of those moments; I could hear a smile in her voice. She’s a perfect choice for a speaker and she made a difference to me. Florence stated that “Martin Luther King Holiday is a big, big day. This is a big event. This is a big thing. But I always laugh, ‘Why would anybody want to come to breakfast to hear me?’ That’s laughable to me. I am not used to talking about myself. Oh, good heavens!” Just keep smiling, she says, and I would bet that most everyone that heard her at the Mayor’s breakfast or is lucky enough to come across her in life walks away doing just that.