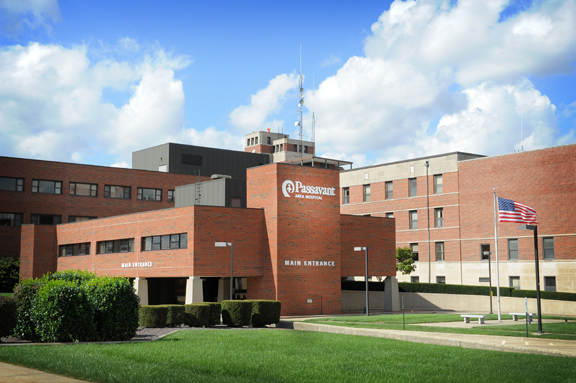 When Passavant Area Hospital officially joined Memorial Health System in April 2014 as its seventh affiliate and fourth hospital, many people in the Jacksonville community wondered what such an arrangement would mean for their health care.

At the time, Ed Curtis, President and CEO of Memorial Health System, described it this way: “National health-care reform is requiring greater levels of partnership between communities. We must think and work differently. By better coordinating care, we can simultaneously increase quality and reduce health-care costs for the people we serve.”

And that partnership, now two years old, has been working, according to Greg Lepper, Passavant Area Hospital’s Board Chairman.

“Partnering with Memorial better positioned Passavant to meet the health-care needs of our community as we adapt to national health-care reform,” Lepper said. “There’s been a great value in maintaining our local relationships by affiliating with an organization that has shown a deep commitment to improving the lives of the people of central Illinois.”

Memorial Health System’s three hospitals in Springfield, Lincoln and Taylorville are staffed for 523 inpatient beds, and the health system employs 5,829 people. Springfield’s Memorial Medical Center has been a Magnet Hospital since 2006 and was recently re-designated in April.

Memorial Health System has had a long history of commitment to the Jacksonville medical community, including the construction of a medical office building completed on Passavant’s campus in June 2013, which houses the offices of Memorial Physician Services-Jacksonville. The health system also operates a medical equipment retail store in Jacksonville, which is a joint venture between Memorial Home Services and Passavant.

“The new resources Passavant has available as a member of Memorial Health System have been — and will continue to be — greatly beneficial to both the staff and those we serve,” said Douglas Rahn, President and CEO of Passavant Area Hospital.