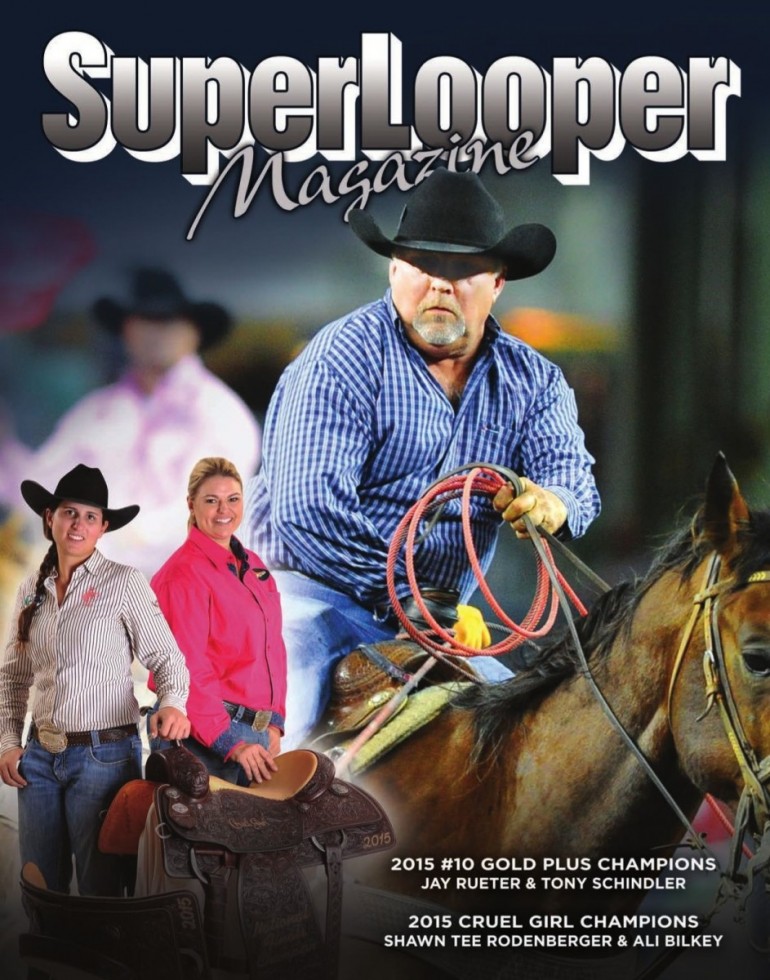 Article and photos printed with permission of Western Sports Publishing

By Melinda Clements
#10 Gold Plus Shoot-Out

You could call the #10 Gold Plus Shoot Out the ultimate drawing card. In all honesty, why wouldn’t it be? The first place check of $80,600 is a lot of money. Couple that with a prize line that includes a 2015 Ram Truck and a Case IH Tractor and there is no wonder it is roping ropers think about and focus on.

Thirty teams came back to rope in the short go round of the #10 Gold Plus Shoot Out at the 2015 Cinch USTRC National Finals of Team Roping. Every single team would get a paycheck with the high money winner taking the keys to the Ram Truck and the runner up taking home a Case IH Tractor.

The roping had been competitive since the get go and the short go would prove no differently. The teams wanted all the action. They were hungry and driven toward the end result. Each team had an ax to grind and the roping would be competitive, exciting with each roper focused on the prize line.

The short go round was fast paced and aggressive. Kyle Dailey and Philip Charlton was the tenth high team back coming back into a short go round. The pair posted a time of 8.56 on their short go round steer to take the lead in the Average. It was at this point things stepped up a notch. They might have been serious beforehand but everything and everyone shifted into a higher gear. Many teams scrambled. Nerves and pressure became issues. Things were coming down to the wire and someone was going to win and win big.

Jay Rueter and Tony Schindler was the high team coming back into the short go round. They had watched it all unfold. They had waited behind the curtains, so to speak, to see what winning the rope involved.

The pair knew they were a full two seconds ahead coming into the short go round and they had ample of time to spare. However, letting their guard down would be disastrous. Rueter and Schindler needed a 15.34 to move Dailey and Charlton out of first place. Technically speaking, it was a good solid practice run. Even if they legged they still had a chance. It boiled down to some good common sense and ignoring pressure, nerves, and putting the prize line far out of your mind. Okay! Just how do you do that?

“I didn’t want to choke on the last steer,” Schindler commented. “I wanted it so bad but my mouth was dry. The whole thing was unbelievable.”

When Rueter rode into the box the team was the last team to rope. Rueter was nervous but he knew, without a doubt, they actually had a chance to get this done.

“I knew we had fifteen seconds,” Rueter said. “I was late but it seemed for some reason I just could not get the rope out of my hand.” However he connected and Schindler followed up and legged the steer. It was only the steer he had legged the entire day. “It just worked for us,” Rueter elaborated. “It just worked.”

“We have been coming here since 1996,” Rueter explained. “We have been trailing this win for a lot of years. It is so ironic how we got to be partners. We both went to a roping one time long ago and no one would rope with us so we roped together and have been together ever since. This has been a dream and a goal for both of us for a long, long time.”

“I entered three ropings this year and all of them are with Jay,” Schindler said. “Our partnership is everything to me.” A tie prompted a rope off between Rueter and Schindler and when it was all done Rueter would take home the truck and Schindler the Case IH Tractor.

“This win with Jay is a dream come true,” Schindler said. “it is absolutely one of the best ropings and the payout is tremendous. The roping is run well and everything the USTRC does is awesome. They work hard to make Finals one of the best.”

“I think the money and prizes is what attracts ropers to the USTRC,” Rueter said. “I’m very appreciative of all the USTRC does for our sport and I’m glad for the support of the Ram Rodeo.”

Amid the interviews, the cameras and the phone calls there emerged one team-one pair of Champions: AND THEN THERE WAS ONE-Jay Rueter and Tony Schindler the winners of the #10 Gold Plus Shoot Out at the 2015 Cinch USTRC National Finals of Team Roping. It is a roping neither of them will ever forget.