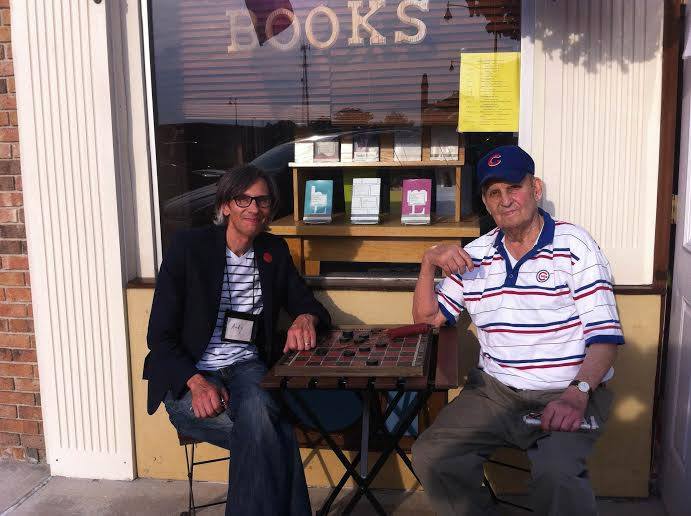 My deadline for this article is 12:00 p.m. Fri. Oct. 9, the opening day of Division Series play between the greatest rivals in all of sports, the Chicago Cubs and St. Louis Cardinals. Yankees and Red Sox fans might challenge this claim, as would the alumni of Triopia and Routt. But growing up where allegiance can be shown like the color-coded party affiliations on Election Day (either red or blue), it’s hard to imagine a more spirited rivalry than the one between the Cubs and Cards.

By the time you read this it’s likely the winner of the series will have been determined.

And while my money’s on St. Louis, my heart is with the Cubs.

Our town is torn between fans of the nearest major city, which lies on the Missouri side of the Mississippi, and the home state’s major metro area, our nation’s so-called “second city.” Sometimes I wonder if Chicago is second to New York or to St. Louis.

Regardless, I’m not vying for hometown support here. Admittedly there are far more Cards fans than Cubs fans in Jacksonville. And why not. They’re closer in proximity, and significantly better year after year. But I’m not pitting one team against the other. I hold nights at the old Busch Stadium and days at Wrigley Field equally near to my heart.

As a wide-eyed kid I first glimpsed shards of Astroturf through upper deck ramps, holding Dad’s hand as we made our way to the nosebleed section near the great silver crown of good old Busch. No greater summit could be reached as far as I was concerned. At Wrigley the feeling was completely different but equally reverential. The real turf was echoed by the ivy climbing the outfield fence, reaching to the famous bleachers.

In later years there was the night in St. Louis I actually rooted for the home team against the Atlanta Braves. It was my first post-season game and Ted Turner was in full view below us wearing his signature green sport jacket. Pretty heady stuff for a 21 year-old drinking his first Busch in the stadium that shares the drink’s name.

Fast-forward a few more years to the night at Wrigley when Kerry Wood was the starting pitcher, and, as luck would have it, we were seated just a few rows from the field in shallow left. In layman’s terms that’s right in front of the bullpen (!) And, while Wood lost a heart-breaker in the ninth, nothing for me will match the experience of that balmy night on the North Side watching my hero warming up just off the chalk line, hurling one heater after another. For this lifelong Cubs fan nothing will equal hearing his rising fastballs pop in the warm-up catcher’s mitt. What a beautiful sound.

Regardless of the outcome of this week’s contest, I’ll be reminded of all the games I’ve enjoyed over the years both in St. Louis and Chicago. And I can’t remember ever watching

one without my dad beside me. It may sound hokey, but win or lose, the truth is, and that’s what matters most.