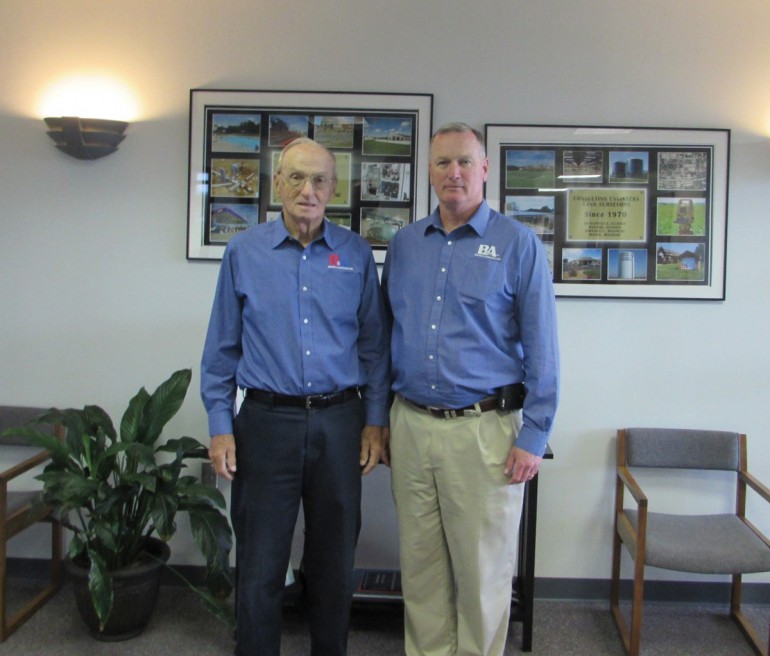 This Friday, May 1, 2015 will mark the 45th anniversary of the opening of Benton & Associates, Inc., a Civil Engineering consulting firm that has called Jacksonville home since 1970. Over the past four and a half decades, Benton & Associates has provided civil engineering and land surveying services to Jacksonville and the surrounding areas. The prolonged success of the company has allowed for it to expand beyond Jacksonville, with three additional branches in Macomb, Ill., Kirksville, Mo. and Macon, Mo.

Benton & Associates was founded by Bob Benton, a native of Winchester, who was initially a draftsmen/engineering technician. Benton went on to earn a Bachelor of Science degree in Civil Engineering from the University of Illinois in 1963. After graduation, Benton returned home to west-central Illinois, first working for Casler & Associates in 1964. Six years later, having founded a firm of his own, Benton & Associates’ first project was Winchester’s 1970 wastewater improvement project, which ultimately allowed for the opening of the company’s first office, located at 505 East State Street.

The firm remained in its original office until 1975, when it relocated to 2001 West Lafayette, across the street from where their current office sits today. During those first five years, the company witnessed substantial growth, adding multiple projects to the point where, in 1974, B&A had outgrown its initial office space. Bob Benton recalls the importance of those first five years, crediting his then eleven employees with that early period of expansion.

“It was not a one-man team, it’s never been a one-man team,” said Benton, “those first five years were very significant for Benton & Associates and they would not have been possible without our employees. Even today we have some employees, like Mike McEvers and Mark Sorrill, who’ve spent most, if not all, of their careers’ with Benton & Associates.” 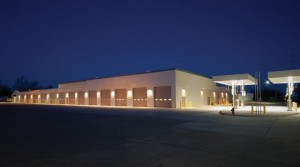 Benton, along with the company’s other two original owners, Paul Hansen and Dick Rawlings, continued to build upon their early success, working with the City of Jacksonville and other units of local government and municipalities on a number of projects over the next several decades. Some of Benton & Associates’ most visible projects within Jacksonville have dealt with the city’s water issues, such as the construction of a pumping station and water storage tank, the separation of storm water from the city’s sanitary sewer system, and, most recently, designing the new water treatment plant in the wake of Jacksonville’s catastrophic flooding in 2011.

Since 1993, the office of Benton & Associates has been located at 1970 West Lafeyette. The company’s local branch employs 40 individuals, and just as it was 45 years ago, each employee is a strongly valued member of the team. Like a few of their employees, there are several clients that have done business with Benton & Associates since the day it opened, a proud fact which the Bentons attribute to “the dedication of the firm’s employees over the years and their personal investment in every client and project they work on.

“Assisting our clients to find affordable funding for their projects is one of the most important things we do today,” said Reg Benton, who took over as President of the company in 2000, replacing his father, Bob, who served as president for 30 years, “in order to stay current, the firm is engaged in ongoing training and invests significantly in new technology.”

While Benton & Associates has gained notoriety for their work in regards to water and sewer systems – having designed improvements to existing system as well as plans for 19 new water or sewerage systems throughout west-central Illinois – since 2000, the firm has broadened their focus to include more infrastructural projects. Reg Benton, an engineer whose main area of expertise is structural engineering, hence the new focus on structural improvements to things such as roads, bridges, swimming pools, recreation facilities, essentially anything a community needs for everyday living.

To celebrate their 45th anniversary, Benton & Associates will be hosting an open house at their home office in Jacksonville on Thursday, April 30 from 4 to 7 p.m. Friends and colleagues are invited to stop by and help celebrate the occasion. Additional information regarding the open house event, as well as the company’s services, staff, past and current projects, or general history can be obtained by visiting their website at bentonassociates.com.