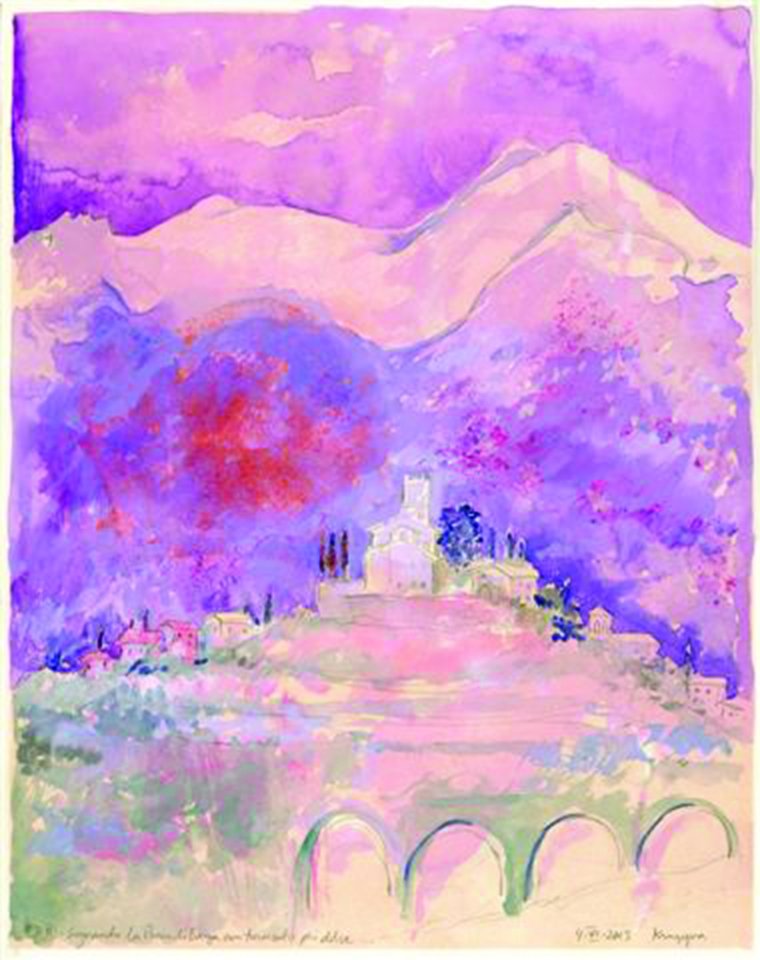 The Art Association of Jacksonville is proud to present “Two exhibitions in one: Best of Barga and Music by Kraczyna” August 2-17 at The David Strawn Art Gallery, 331 W. College Ave. Jacksonville, IL. An opening reception will be held on Saturday, August 2 from 6-8 p.m. with “Gallery Talk” by Kraczyna at 6:30 p.m. The opening reception is free and open to the public.

Swietlan N. Kraczyna (Nick, as he is known here) has exhibited at The Art Association of Jacksonville several times over the past 30 years. This summer he will be presenting two very distinct and different subjects: his love for music (and how this love inspires him to create visual images related to music) and his always very personal Tuscan landscapes, in this case dedicated to a special relationship with the hill town of Barga (60 miles northwest of Florence) where he has spent his past 40 summers.

In July 2013 the township (comune) of Barga honored Kraczyna with a triple exhibition of images he has done of and for the town since 1973. The exhibition was held in three different locations to show over 100 works in a variety of media including drawing, etching, and oil painting. This summer’s exhibition at the Art Guild consists of highlights from Kraczyna’s Barga retrospective.

During the academic year Kraczyna lives in the Florentine countryside (in the former home of Domenico Ghirlandaio, 15th-century master painter and fresco teacher of Michelangelo), where he develops his mythological and musical themes. Since the 1980s Kraczyna has produced four series of works inspired by music: In 1983-84, he created a suite of multi-plate color etchings based on Igor Stravinsky’s Rite of Spring (of which Kraczyna will exhibit only one here—a genesis of mixed media of the Stravinsky Dancers.); ten years later, during the 100-year anniversary of the death of Piotr Ilich Tchaikovsky, Kraczyna made a series of mixed media images dedicated to the Queen of Spades, the opera that Tchaikovsky wrote during his Florence sojourn in 1890; in 2012, Kraczyna produced approximately 30 images in mixed media inspired by the lyrics of the contemporary song Coming Up Easy, written by Paolo Nutini, a young Italo-Scottish singer/songwriter; and finally, Kraczyna’s most recent series of images (2013-14) is dedicated to Franz Schubert’s Death and the Maiden quartet, a powerful ode to life.