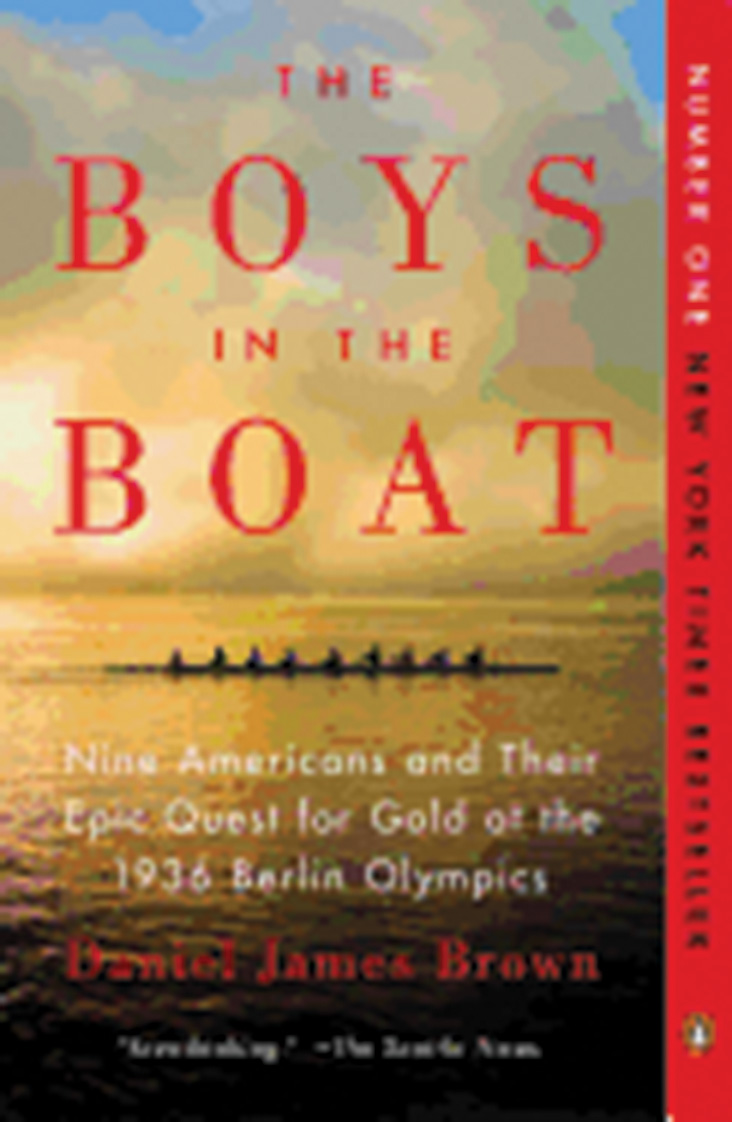 I did it anyway. I read The Boys in the Boat and I have no regrets.  Well, not too many anyway.  And Doris is getting used to waiting.

The Boys in the Boat is the kind of book that readers tell other readers about, a true word-of-mouth book.  As such, it won the Indies Choice Award from the American Booksellers Association as their adult nonfiction book of the year, and more recently the movie rights were bought by the filmmakers who created The King’s Speech.

The story of the University of Washington rowing team that won the gold medal in Berlin’s 1936 Olympics should make a good movie. It’s got everything: the Depression, Hitler, World War II, a bit of romance, and nine working class American boys who show pluck, spunk, and perseverance.

Just so you know, it also has a great deal of information about rowing.

Even so, Daniel James Brown knows how to keep a story going. We understand from the outset, of course, that the team is going to win, but Brown manages to keep us on tenterhooks all the way from 1933 up to the Olympic event itself. Then, just when we think we can relax, two of the team members fall desperately ill in Berlin. It’s that kind of a story.

Along with the suspenseful story, an underlying message emerges as we come to know the individual rowers and their lives:

“What mattered more than how hard a man rowed was how well everything he did in the boat harmonized with what the other fellows were doing. And a man couldn’t harmonize with his crewmates unless he opened his heart to them. He had to care about his crew.”

Brown himself sees the tale as a metaphor for the generation that endured the Depression, the Dust Bowl, and World War II–a generation that knew how to pull together and get things done.