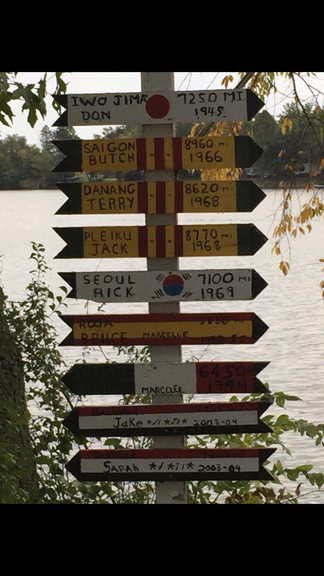 The town of Jacksonville is surrounded in every direction by smaller towns that thrive off of farmland that has been handed down from generation to generation. Whether detassling corn, bailing hay or operating a combine, if you call Illinois home, chances are you’ve spent at least a few youthful summers working in the fields. It’s what we’ve grown up with, and it’s what we know best. And when it comes to the agriculture industry, few know it better than Terry English. A native of Murrayville, Illinois, English has been involved with farming in some capacity nearly his entire life.

“I consider myself an agriculturalist,” English said of his lifelong affiliation to the ag-industry. “I was born and raised on grain livestock farm.”

Starting in 1969, after returning home from the Army, English continued to farm for the next half decade before moving around to several agricultural-based jobs throughout the Central Illinois area.

“I went to the local co-op grain elevetor in 1982, and from there went to CGB (Consolidated Grain & Barge),” said English of his earlier years. “Then I worked out in Beardstown for an export company, exporting food-grade soybeans and corn.”

After several decades of experience in the industry, in 1994 English was offered a job working for the Illinois Department of Agriculture, first as a marketing reporter and eventually moving all the way up to his final position as an International Marketing Representative. Through his work with the Illinois Department of Agriculture, English met many agricultural importers from all across the world. English also worked directly with Illinois Corn Growers Association, developing new markets for not only Illinois but all United States’ grain products.

“Through our offices, the Illinois Department of Agriculture had Mexico City, Mexico, Brussels, Belgium and Hong Kong, China,” English said of his work as an International Marketing Representative. “We would get a lot of inquiries for ag-products, and once a year I would conduct an Illinois Grain Tour, where we would bring people from those three offices – Hong Kong, Brussels and Mexico City – to the US and spend a week touring Illinois agricultural sites.”

A Family of Service

Outside of his recent retirement, the only time English has spent away from agriculture was during his service in the United States Army. Stationed in the port city of Da Nang during the Vietnam War, English earned one of the most honorable decorations handed out by the US military: the bronze star medal, which is awarded to members of the United States Armed Forces for either heroic achievement, heroic service, meritorious achievement, or meritorious service in a combat zone.

Terry English is not the only member of the English family to have served in the Armed Forces. In fact, there has been seven other members of the family who’ve served in the United States Military, starting with Terry’s father Don, who was stationed in Iwo Jima, Japan during World War II. All four of Don English’s sons – including Terry and his three brothers – went on to follow in their father’s footsteps, starting with Butch English, who like Terry, served in the Army during the War in Vietnam before returning home in 1966. Around the same time Terry and Butch were in Vietnam (the mid-to-late 1960s), another one of their brothers, Rick English, was stationed in Seoul, Korea. A decade and a half later, in the mid-80s, the youngest of the English brothers, Bruce English, earned the status of Chief Petty Officer in the US Navy. As for the current generation, Jake English – son of Rick and nephew of Terry – has continued the tradition of service after taking part in the initial invasion and taking of Baghdad in 2003, during which time he met his wife Sarah, who was also serving in the Army.

Now that he’s retired, Terry English says that he looks forward to spending time with his family out at their point on Lake Jacksonville, where they’ve built a post commemorating each member of the English family who has served in the Armed Forces.