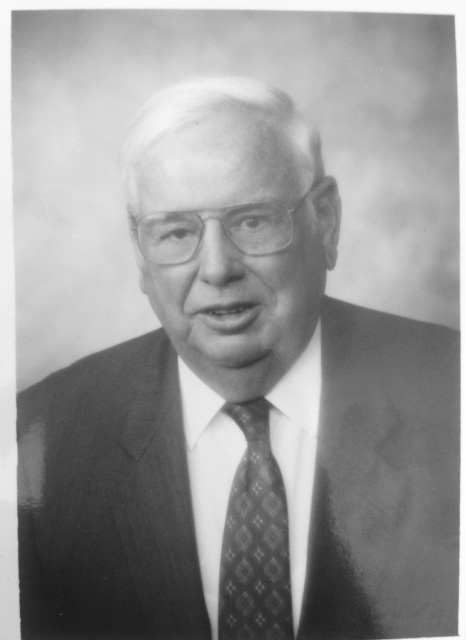 Deciding on a profession was simple for Clair E. Hutchison. As a 12 year old living in the Great Depression, this now 87 year old recalls reading an article indicating that despite hard times, civil engineers still had jobs. Baring this new information, Hutchison’s fate was decided. This year, Hutchison, who still reports to the office daily, celebrates 62 years in the field of engineering.

Before pursuing civil engineering, Hutchison’s working career began in the military. As a junior in high school, he felt called to serve his country. In 1945, Hutchison joined the Navy. For the next two years he participated in World War II while being stationed in the Philippines. Upon Hutchison’s noble completion of service, he returned to his home town of Delavan, Illinois, where he completed his high school education. Hutchison then went on to obtain his Bachelors of Science Degree in civil engineering from the University of Illinois, graduating with the class of 1952.

For the first two years of Hutchison’s professional career he worked in Springfield, Illinois performing various jobs for the Illinois Department of Transportation. It was in 1954 that he decided to work for Casler and Stapleton, a consulting engineering firm in Jacksonville. Hutchison has remained with that firm for 60 years; however, the company has now evolved immensely, including the firm’s name, Hutchison Engineering, Inc.

One of Hutchison’s most impressive projects while working with the firm was a project for the Illinois State Toll Highway Authority in the late 1950’s. He assisted with the implementation of 21 miles of the original Interstate 90 from Elgin to Marengo.

“When Dad started his career all drafting was done in pen and ink on cloth. Engineering calculations were done with the slide rule and/or mechanical calculators using trigonometric tables in books,” explained Clair’s son, Gary Hutchison. “With today’s computers and software, calculations and drafting can be done in minutes that may have taken a day in the 1950’s.”

The computer has also proven helpful, as it has allowed the company to expand. In addition to Hutchinson Engineering, Inc.’s Jacksonville office, the firm also has branches in Peoria and Shorewood, Illinois. Modern day technologies allow the more than 60 employees of the three different offices to communicate and share data with one another, almost instantaneously.

The firm has also seen many changes in the form of leadership, and is proud to employee three generations of Hutchisons. Clair now serves as Chairman Emeritus, while his son, Gary, serves as President. Gary’s two sons Joseph and James also work for the company. Although Clair officially retired in 2009, he is still involved in the firm.

“Every morning I meet with my coffee club at 10, and then I go to the Elks Lodge for gin rummy and lunch. As soon as one round of gin rummy finishes I come into the office around 2:30 or 3:00. I still report in about every day. I make calls every once in awhile,” said Clair. Through a smile he continued, “I keep in touch for the firm.”