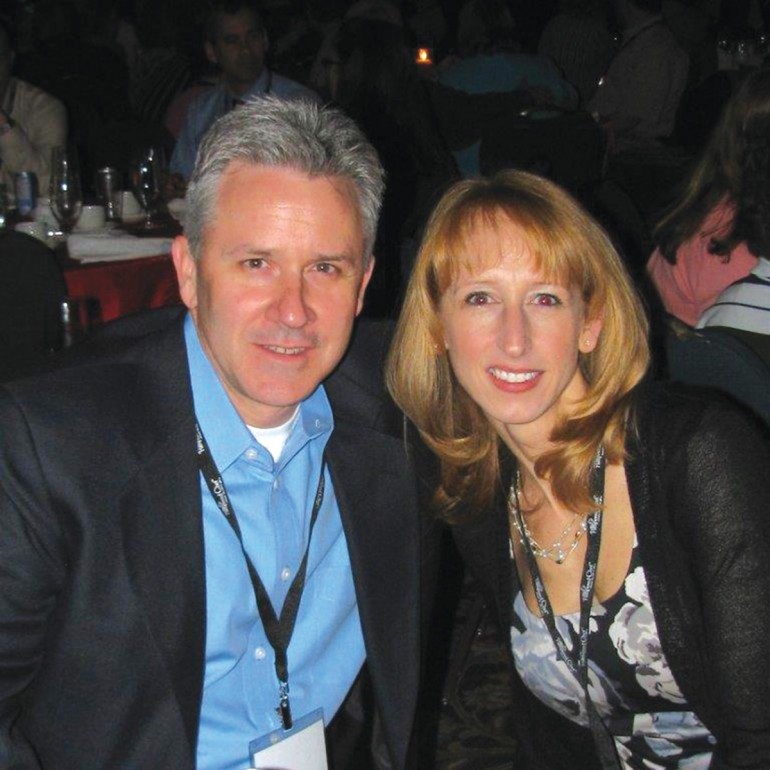 Steve Ptacek has many reasons to be thankful this holiday season, and at the top of that list is his health. Ptacek, who is in his second year of serving as Jacksonville School District 117’s superintendent, recently celebrated one year of being cancer free. Recalling the community support he received during his battle with an aggressive form of lymphoma makes Ptacek grateful to call Jacksonville home.

A native of Lebanon, Illinois, Ptacek came to Jacksonville after serving as superintendent for the Joppa Maple Grove School District in Southern Illinois. Before accepting the job with JSD 117, Ptacek and his family visited Morgan County and were immediately fond of the area. “I came up here and drove through Jacksonville kind of incognito, nobody knew who I was. I went to a football game, and visited a few other places around town, and what we saw was the type of hometown, American community that we wanted to raise our kids in,” said Ptacek.

Ptacek began his new position in April of 2013. The following month, he noticed a lump in one of his lymph nodes. After enduring several weeks of tests, Ptacek was diagnosed with Hodgkin Lymphoma, a cancer of the lymphatic system. Soon after receiving his diagnosis Ptacek began chemotherapy treatments and continued them until the middle of October, 2013.

“In the summer, when I was brand new, I had people who mowed my lawn when I couldn’t do it. People brought food. Just in general, the community accepted that I was sick and had to take some sick days. The community allowed me to do that, and everyone was just so supportive. I constantly received supportive letters and emails. I couldn’t have asked for anything more,” shared Ptacek.

In November of 2013, Ptacek received the exciting news that he had officially beaten cancer, and has remained healthy ever since. The entire experience has left Ptacek humbled.

“It made my wife and me really understand how fortunate we are to be here because the community just accepted, you’ve got a brand new superintendant, and he’s got health issues.” Ptacek continued, “I could see a lot of other communities not being as positive and supportive as this community was, and that brought us closer to this community. I owe a lot to Jacksonville for how wonderful they treated me and my family throughout that ordeal.”

Ptacek, his wife Tracy, and their two elementary aged sons, George and Vince, have fully embraced their new home. Between attending Jacksonville School District events, and following his sons’ various activities, which include basketball, soccer, and bowling, Ptacek’s schedule is quite full. According to him, he intends to keep things just that way for at least the next 10 years.

“I’m actually quite a bit younger than the gray hair makes me look,” Ptacek joked.” I still probably have 14 years left in education before I retire. Our goal is to have our kids graduate from Jacksonville. After they graduate, those last four year, well we’ll see where that goes. Ten years is a long time for a superintendent.”