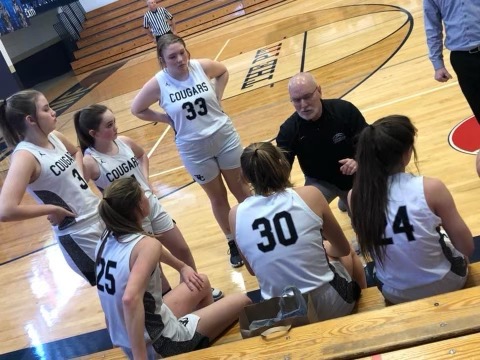 Coach Stepping Aside After 28 Seasons On Sidelines: Coach Brian Bettis will not be on the sideline as the head coach for the West Central girls’ basketball team next season for the first time in 28 years. Coach Bettis led the Bluffs-Meredosia co-op for eight seasons. When the co-op added Winchester, Bettis kept leading the way. Coach Bettis has been the head coach of the Cougars since the inception of the West Central Co-Op. In his time as an Illinois Basketball Coaches Association, IBCA, Hall of Fame coach he has more than 500 career wins along with an IHSA 1A State Championship (2010-11) and an IHSA 1A State Runner-Up (2008-09).