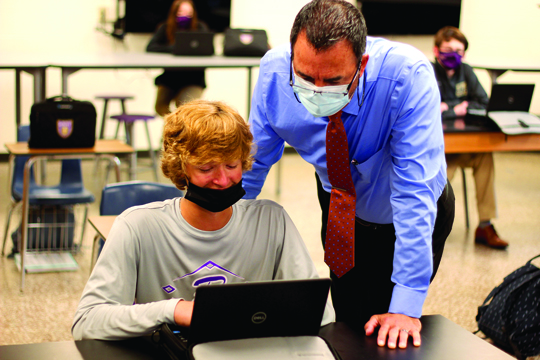 Carie is a 1982 graduate of Illinois College (IC), with a degree in elementary education and a concentration in science. A student-athlete, he also participated in both men’s basketball and track at IC. Carie continued his education at Eastern Illinois University and received a Master of Education Administration. “I’m very excited,” said Carie. “The opportunity to make a difference in the lives of current and future Routt students is not one that I could pass up. The history in academics and athletics is strong; I want to not only continue that but also help raise it to the next level. I also look forward to working with the faculty and staff. Since I’ve subbed here over the last 18 months, the strength of the Routt teachers has been incredibly evident.”

Carie and his wife, Tabitha, live in Jacksonville with their 9-year-old daughter, Sloan. Carie is also the father of Adam, Blaise and Vince.