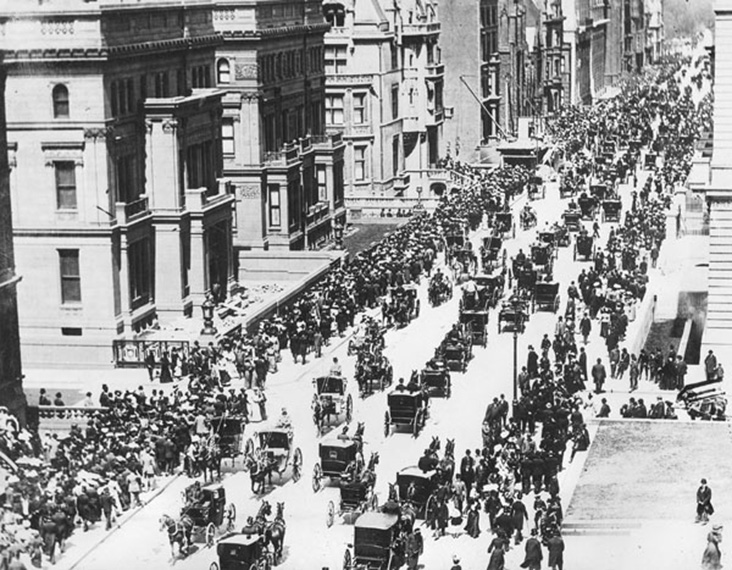 Other than religious celebrations, there are many Easter festivities of note but none rivals the gala in New York City. On April 5, 2015, a stretch of Fifth Avenue near St. Patrick’s Cathedral will be closed to vehicles and replaced with people strolling in their colorful outfits. The six hour window has no parade, no floats or bands … just folks and their pets walking about in outfits that will not be seen for another year. The tradition began in 1900 and is a certain sign of spring, at least according to the hats. Bonnets are usually regaled of flowers, leaves, trigs and a few weeds.

For those outside NYC, “Easter Parade” might conjure up a 1948 movie starring Fred Astaire and Judy Garland. Ann Miller and Peter Lawford played lead supporting roles. The rather thin plot has Astaire trying to make a star of a chorus girl. Astaire’s leading role was first cast with Gene Kelly who had to withdraw because he broke his ankle in a volleyball game. Astaire had already retired and had to be persuaded into taking the part. He would retire a few more times before finally quitting show-biz, there were 17 songs in the film, all written by Irving Berlin. He composed seven new songs for the show and used ten previous compositions. The movie was such a hit that Astaire and Garland were immediately cast in a 1949 show called “The Barkley’s of Broadway.” However, Garland withdrew because of illness and was replaced by Astaire’s long-time dance partner, Ginger Rogers.

The final scene of “Easter Parade” remains a classic as Fred Astaire and Judy Garland amble down Fifth Avenue singing the title song. Many Irving Berlin songs have remained musical favorites; After 67 years, “Easter Parade” is still a staple of the annual celebration.

In your Easter bonnet, with all the frills upon it,

You’ll be the grandest lady in the Easter parade.

I’ll be all in clover and when they look you over,

I’ll be the proudest fellow in the Easter parade.

On the Avenue, Fifth Avenue, the photographers will snap us,

And you’ll find that you’re in the rotogravure.

Oh, I could write a sonnet about your Easter

And of the girl I’m taking to the Easter parade.