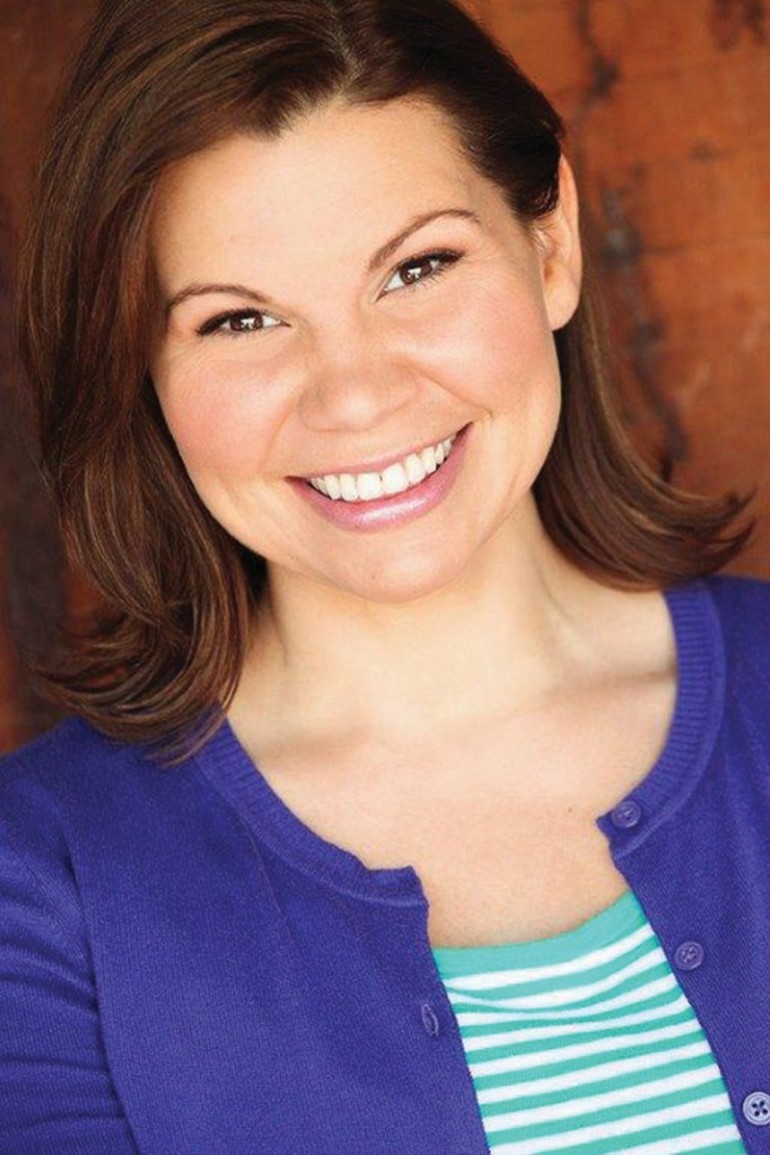 If you’ve seen the UnitedHealthcare commercial where the man and woman dance (and then crash) to the tune of Dirty Dancing’s “Our Song,” then you’ve seen Emily Berry, who grew up in Jacksonville with her mother, Dianne Berry. Now a Los Angeles resident, Berry’s commercial appearance is getting quite a bit of attention thanks to its stars’ hilarious performances.

Berry’s love of acting began when she went to a performance of Oliver by the Jacksonville Theater Guild. “I thought, what? People get to play pretend on stage? I want to do that!” she explained. Her powerful imagination that inspired her to play dress-up as a little girl was then transformed into a career in theater. While growing up, she was in many plays (some with director Rich McCoy), and that influenced her decision to study theater in college. “I double majored in Theater and French—first at Illinois College, and later at Millikin University,” she said.

After college, Berry moved to Chicago to start her career where she earned her union card and appeared in her first commercials. Then, 15 years ago, she moved to Los Angeles in search of an acting environment with more prospects, cheaper rent, and better weather. “It’s a tough industry,” she said. “I’ve made two trips back to the Midwest thinking I couldn’t make it.” Today, it looks like her hard work is finally paying off.

The experience for the UnitedHealthcare commercial was fairly intensive, due to all of the different elements involved. Aside from learning her lines, she and her partner (an actor from Peoria, Illinois) had to train for choreography, work on timing with stunt partners, and go through a two-hour makeup/wardrobe session to get the appropriate banged-up look post-crash.

“It was so fun to work on this commercial because I loved the movie “Dirty Dancing”—I remember seeing it for the first time at the Times Theater,” she said. “Working on the lot at Paramount Pictures was a fun experience, too.” When the commercial finally went live, her commercial co-star sent her a message to let her know it was up on YouTube. She and her husband were so excited to see it that her fingers couldn’t type fast enough. “We’re so happy with how it turned out,” she said.

On a daily basis, Berry’s acting career includes 1-2 auditions per week as well as daily voiceover work from her home studio. And all of this regular work didn’t come easy, she explained. After 15 different agents, she and her husband now share the same agent, Jordan McKirahan, based out of Burbank. Since this popular commercial has launched, she’s been busy keeping tabs on social media to connect with people who are mentioning the spot online.

If there’s one piece of advice she has for fellow performers, it’s this: Don’t give up, and find a mentor. “When it comes to the Arts, there aren’t really rules—we’re just making it up. So if you can find someone with experience who can help you navigate this environment, it’s going to be extremely helpful.”

To see Berry’s commercial, search “UnitedHealthcare Our Song” on YouTube.com.