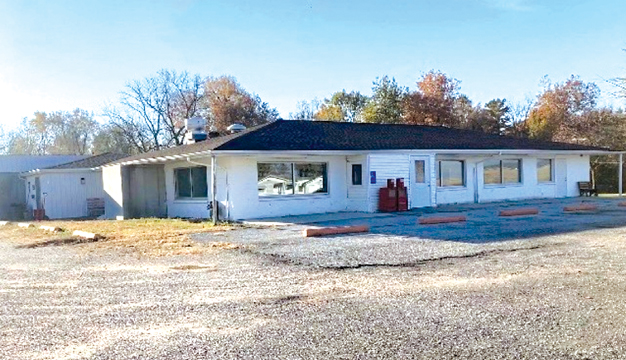 A landmark restaurant will be opening its doors under a new name and new ownership November 11. Grandma’s Country Kitchen, located at 764 Old Route 36 outside of Winchester, is aiming for the opening date in time to salute area Veterans. The building at this location was built in 1959 by Raymond and Nora Slagle, who operated it as Slagle’s Ranch House for more than 30 years. Then, Buck and Jo Burke opened it as Buck and Jo’s II in 1994; they continued running it until 2009 when their son, Dan Burke, and daughter, Lori Duffie, took over the family restaurant. They were forced to close in October 2020 due to the pandemic.

A next era begins with Cora Newton, the new owner of the establishment. She is hoping to take her love of cooking and share it with their patrons. “I’m excited to serve good ole home cooking like grandma would do,” exclaims Newton. “We hope to provide a friendly dining experience where you might come in as a stranger but leave as a friend.” Newton plans on incorporating some old family recipes that are made from scratch to the menu. She also plans to have occasional entertainment. The hours for Grandma’s Country Kitchen will be Monday through Saturday from 6 a.m.-7:30 p.m. and Sunday from 6 a.m.-2 p.m.

Their menu selections will include many of the traditional restaurant fare such as open-faced roast beef and horseshoes. They will also have specials throughout the week. Tacos will be offered on Tuesdays; boneless pork chops on Wednesdays; southern fried chicken on Thursdays; fresh, fried fish on Fridays; ribeye sandwiches on Saturdays; and southern fried chicken, ham and roast beef on Sundays. Daily made from scratch side dishes will be available such as Bob’s famous baked beans, broccoli salad, macaroni salad, and mashed potatoes and gravy. There will also be made from scratch pies and many desserts.

“Once we are established, we hope to add catering,” Newton says. “We have a back dining room for large parties, and I will do my best to accommodate any groups.” She followed up by saying they will do any size takeout order.

Newton is pursuing this dream thanks to the encouragement she has received from her husband, Bob Newton. The two have been together for 12 years and married for seven. Together, they have 12 children. The nine boys are Christopher, Kerry, Quintin, Jacob, Wyatt, Matthew, Michael, Joshua and Ryan. Their three girls are Bethany, Savannah and Gabrielle. They also have five grandchildren. Additionally, there’s Texas, Tonka, Diesel and Marshall, their fur babies, who round out the Newton home. Family is very important to Newton and her grandchildren are the apple of her eye.

Newton welcomes all to, “Stop in to Grandma’s Country Kitchen and enjoy some good ole homestyle cooking.”