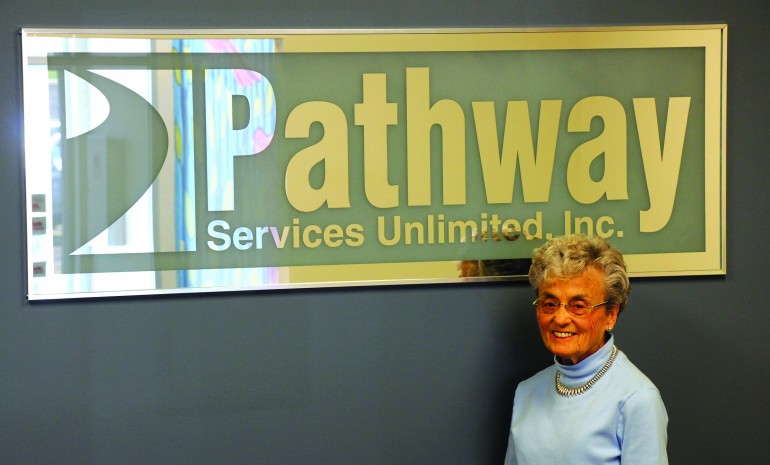 Her name is Carolyn Milton and she is one of the founding parents of Pathway. Carolyn Milton and her husband, Raymond, moved to Jacksonville in 1963 with their three boys. Her two oldest were in high school at that time, but her youngest was only three. His name is Dale. “When Dale was born, he was blue and needed oxygen. Back then, doctors knew much less than they know now, and the question was ‘How blue is blue?’ Nothing was done for Dale and as a result he has severe brain damage,” recalls Milton. Dale’s medical charts indicated a diagnosis of ‘profound mental retardation and cerebral palsy.’

When she first arrived in Jacksonville, she said, “My husband worked, my older boys were in school and I took care of Dale.” Milton wanted to meet people; she not only wanted, but needed to meet other parents of children with disabilities. So, she communicated this with nurses from the Visiting Nurses Association, and with their help, she was able to give her contact information to 21 families. After talking with the 21 families, 17 of them showed up for her first scheduled meeting in February of 1964. She wanted a place for Dale – and so did the other parents in similar situations.

So, Milton went to Springfield, Peoria, offices for the State of Illinois and more. She researched ideas and worked to discover that “place for Dale.” She (probably too) humbly says now that “all I did really was get the people together.” But it is from her ambition and drive that Pathway was founded. Granted, a lot of people and parents were involved, but one could say that her love for Dale launched the charter of the not-for-profit corporation. At that time, the name Jacksonville Area Association for Retarded Children (J.A.A.R.C.) was adopted, and the charter for the Association was received on May 18, 1964, from the Secretary of State and duly recorded at the Morgan County Courthouse. Pathway School was created. 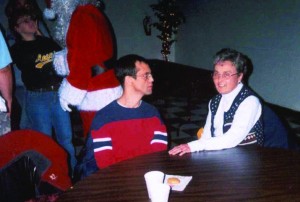 “It’s gone on 50 years and I think that’s just fantastic. I never dreamed it,” says Milton. All these years after Carolyn Milton instigated the creation of Pathway, she is still very active on the Board of Directors. “The agency has grown tremendously over the years,” says  Milton. Dale Milton is now 53 and lives in one of Pathway’s 17 community living homes. His mother visits him or picks him up for a ride in town to partake in simple joys, such as getting some ice cream together, three times a week.

“I can only speak for myself and Dale, but I cannot imagine what our lives would be like if we didn’t have Pathway. Dale has been here since day one, and I hope and pray that he’ll be here until his last. I treasure him, for though he can’t do much, he gives love and affection…that means a lot to me and I know I have been blessed!”  – Carolyn Milton, Founding Parent of Pathway.