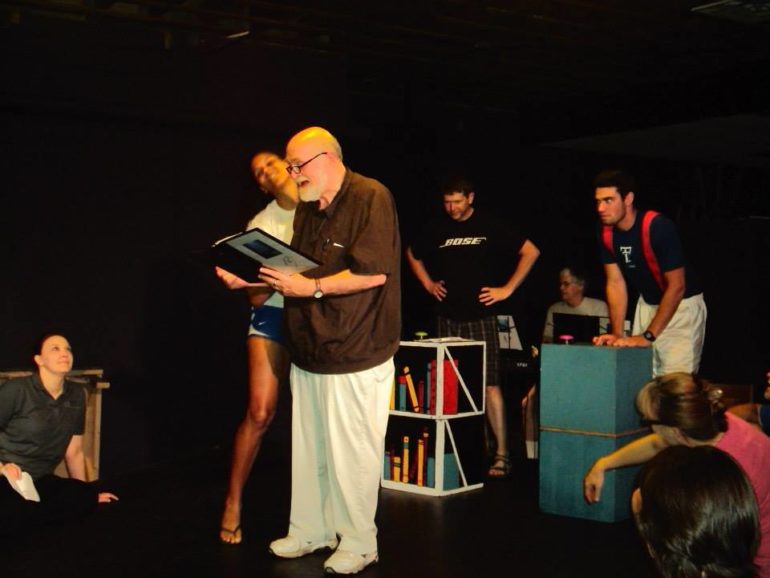 “Who knows where ideas originate; some things just seem like a good idea that ought to be done,” responded Playwright Ken Bradbury when asked from where the inspiration for his newest work “Genesis, The Musical,” came. “I don’t really like ideas that have been done before because some of them have been done really well, so why do it again? I’ve sort of become addicted to doing my own plays, not because I write them, but because the audience gets to see something they’ve never seen before.”

Beginning August 1st, audience members of “Genesis, The Musical” will certainly have the opportunity to witness something never before seen. The musical, which was written by Bradbury of Arenzville and Roger Wainwright of Chatham, is based on the first book of the Bible and has been two years in the making. Bradbury has long admired the uniqueness possessed by Genesis.

“I think Genesis has the strongest characters and the biggest stories in the whole Old Testament. From Adam and Eve to Joseph, it’s just got a lot of good stories packed into one book. I’ve never seen a musical about the whole book, so I thought heck, I’d try that,” Bradbury said.

While the musical is based upon actual stories from the book of Genesis, Bradbury has put his own entertaining spin on many of the narratives.

“It’s about as fast moving of a play that you’re ever going to see. The book of Genesis is one of the longest tales in the Bible, and we do it all in about two hours, and we don’t really leave anything out,” Bradbury added. “It isn’t the straight telling of the story; it’s done in a whole lot of genres and a lot of different styles.”

Several of those different genres include a puppet show, a 1940s gangster scene, and a game show featuring contestants Jacob and Esau, with the winner gaining control over Israel. The unique style of this show is not the only characteristic that makes this production different. The physical layout of the stage will also set this musical apart.

“This is theatre-in-the-round, which I don’t think Jacksonville has seen for a long time. The audience will be on three sides instead of one. They’ll be surrounding the stage, which means that everyone in the audience will be no more than four or five rows away from the stage,” Bradbury explained. “The cool thing about theatre-in-the-round is not only do you get to watch the show, but you get to watch the rest of the audience, instead of just starring at the back of someone’s head.”

“I’ve done a lot of theatre-in-the-round at other places, and once actors do theatre-in-the-round, they never want to go back to a regular stage again. You can reach out and touch the audience,” Bradbury noted. “Being on a normal stage, you’ve got lights in your eyes and you can hear people, but you can’t see anything. Here, you look three feet from you and there’s an audience member. I love it!” 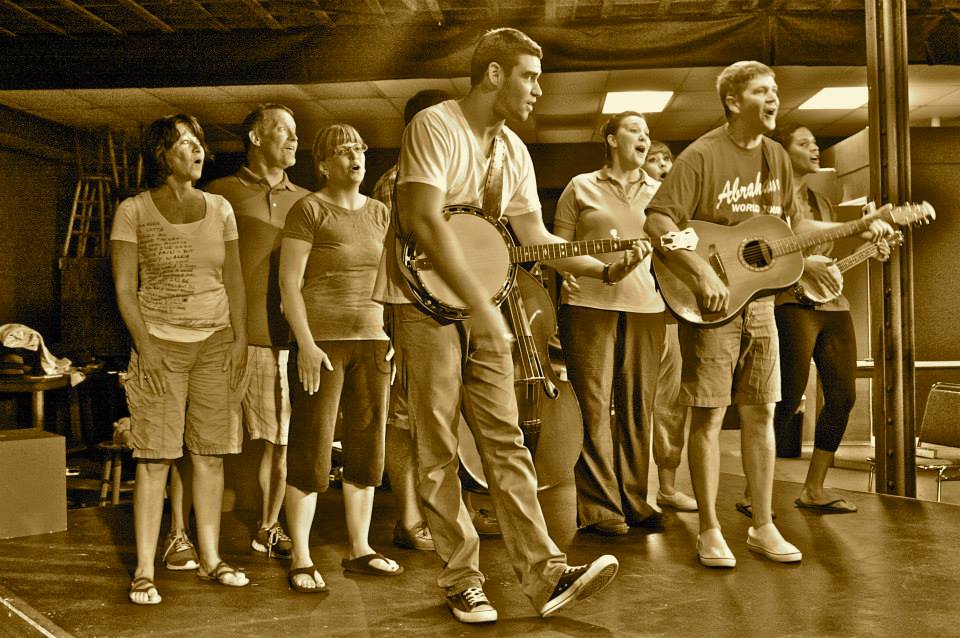 Rehearsals for “Genesis, The Musical,” began in June. Bradbury not only wrote the script, but he is also serving as director for the 10 member cast as they act out roughly 50 different characters during the performance. While this is not the first musical Bradbury has written and directed, there is one thing about this production that differs from all the rest.

“This one is better,” Bradbury assured with a chuckle.

“Genesis, The Musical,” will premier August 1st-2nd and 5th-9th at 7pm and August 3rd and 10th at 2pm. Seating for the performance is limited, and tickets will not be sold at the door. Tickets are $25 and available at County Market, The Passavant Area Hospital Gift Shop, online at: www.genesisthemusical.com or by calling 217-245-9541. Discounted tickets are available for children and groups of 10 or more. All proceeds from “Genesis, The Musical” will be donated to The Passavant Auxiliary in order to raise funds for a new emergency vehicle.