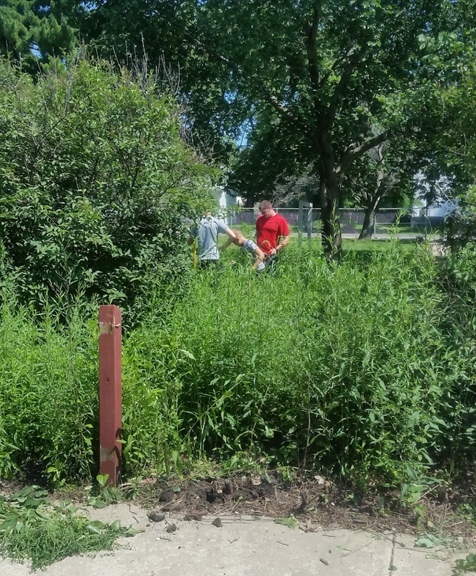 “It was an eyesore for the school, and it needed repaired,” Blackorby said. “I remembered it when it was there, and it was really nice to have.” 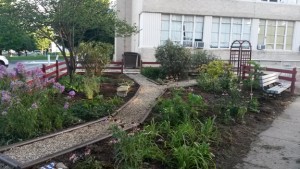 With the support of family, friends and his Boy Scout Troop 107 of Jacksonville, his idea to restore the butterfly garden became a reality. Blackorby credits the project as a group effort. From late June through the middle of August, Blackorby and his support group worked on the butterfly garden. Three days were spent removing more than 30 mulberry stumps, pulling weeds and taking down the fence. Butterfly bushes, lilac bushes, a tree and pathway to the school busses all remained as part of the garden. A three-beam split red stain rail fence was put-up, and rock was put down for the pathway. Blackorby said the lattice walk through, trellis, are red to keep with the school’s red theme, which is why a red stain was picked for the fence as well.

“(Boy Scout Troop) 107 has been a big deal for me. It’s what I have done every Wednesday for the past five (-and-a-half) years,” he said. “You learn a lot, they teach you right from wrong.”

Not far from Blackorby’s mind during his eagle scout project has been close family friend VanAken. He knows the project met a lot to the teacher who first cared for the butterfly garden. “There was one day she came out (while we were working on the garden), and she was almost in tears,” Blackorby said. 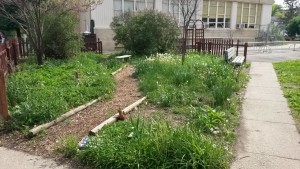 His overall goal is to keep the butterfly garden looking as nice as possible for as long as he can. Blackorby still tends to the garden, whether it is watering the garden or pulling weeds. He gave the rest of the unused donated money for the eagle scout project to the Washington Elementary School PTO.

Blackorby would like to thank the following for supporting him and his eagle scout project: Mary Watts, mother; Gayle Pollock, grandmother; Father Kip Ashmore, Bill Clark, Davis Tighe, Logan Clark, Tim Sanders and everyone who donated for the project.

Originally from the Alexander, Franklin area, Blackorby moved to Jacksonville in the third grade. He is currently a senior at Jacksonville High School.