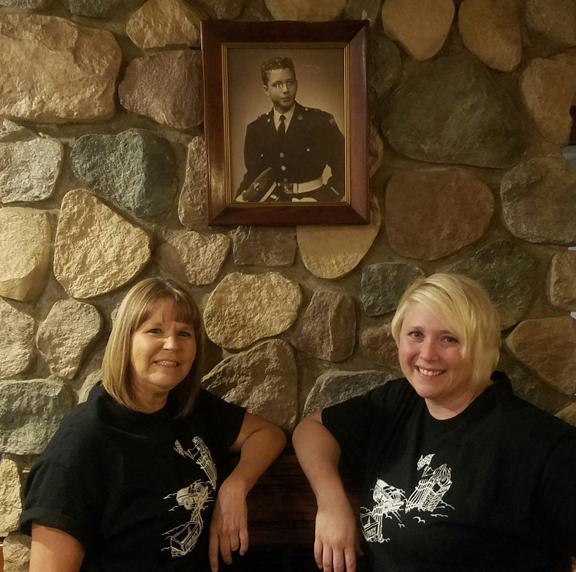 Looking for a new diner to try for lunch? Check out the Boss Hogg’s Café, located on 1000 N. Main Street. Just opened on July 8, this restaurant is family-owned and operated.

While they serve the typical café menu, they also have some lighter fares – lots of soup, some really great salads, a special turkey/bacon/avocado sandwich, as well as a delicious chicken salad – made from scratch with their own recipe!

And where did this great new café come from? In the beginning of June, Marjorie Patrick-Hernandez and her sister Bobbi Jo Patrick-Dawdy became business partners with the vision of opening their own restaurant here in Jacksonville. Patrick-Hernandez says, “We’ve talked about opening up a restaurant for a long time, and this opportunity came at the right time. So we jumped on it.”

After resigning from their former waitressing jobs at another local restaurant, they rolled up their sleeves and got to work. Within just a few weeks, they had lined up the lease and rented their building, worked through technicalities, hired their staff, made their grocery lists and set their opening date for July 8.

Patrick-Hernandez is not new to the restaurant business, having owned and operated Marjie’s Family Restaurant, from 2005-2008. She shares, “This is basically our second rodeo.” But this restaurant is unique for several reasons. First, the name – “Boss Hogg’s.” Patrick-Hernandez’s father, Jim Patrick, a stock car driver and car salesman in the Jacksonville area for 50 plus years, was affectionately nicknamed “Boss Hogg” by his employees, and through the years, that nickname stuck. Patrick-Hernandez shares that since his passing in 2014, the family has “had a hard time” moving on without him at their side. As they began to make plans for their new restaurant, she says, “We went through all kinds of scenarios … then, I thought, what a cool way to remember [dad], and put him in our restaurant with us …”

Another aspect that makes Boss Hogg’s Café unique is the small and intimate staff that runs it including: Patrick-Hernandez, her sister, several other family members and a few close friends. Patrick-Hernandez says that there will be familiar faces serving the meals. At Boss Hogg’s, “Everyone will know who they are going to see.”