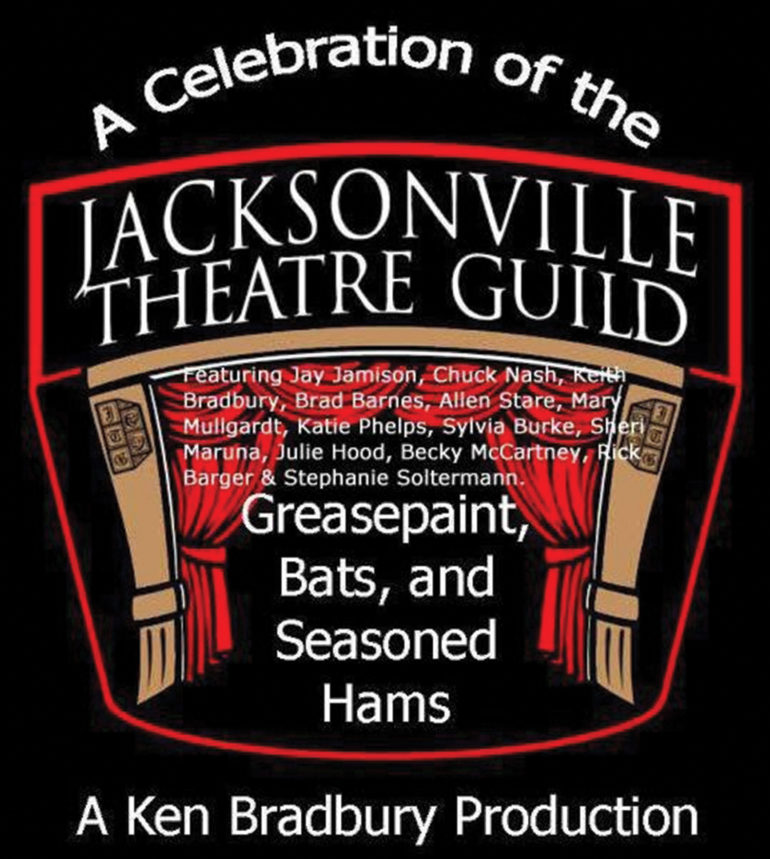 What do greasepaint, bats, and seasoned hams have in common? Why, they’re all words included in the title of Ken Bradbury’s new play! Bradbury’s production of “Greasepaint, Bats, and Seasoned Hams: A Celebration of The Jacksonville Theatre Guild,” will be preformed this weekend at Nichols Park’s Pavilion.

In order to write a script that would celebrate the spirit of the Jacksonville Theatre Guild, Bradbury conducted over 50 interviews with individuals who are currently or were formally involved with the group.  Bradbury then compiled the most humorous of those stories and used them to write the script for “Greasepaint, Bats, and Seasoned Hams.”

The play is broken into several different categories, including things that have gone wrong during a play, scenery mishaps, and ill fitting costumes. One of Bradbury’s favorite parts of the play is a section that focuses on eccentric audience members.

“We used to have a fellow who bought season tickets. He came to every show, and fell asleep at every show. He did this for 20 years. We always knew where he was sitting because he snored,” joked Bradbury.

Bradbury hopes that audience members not only enjoy the play itself, but also the unique and seasoned performers that make up the cast. “One of the really neat pieces of this show is that people will see actors that they haven’t seen on stage for years. Two great examples are Chuck Nash (former Illinois School for the Deaf principal) and Jay Jamison (owner of Jacksonville’s Hole in The Wall),” explained Bradbury.  “I think people will really recognize names and maybe even incidences from the past.”

Bradbury does heed this warning, “We name names. If you were ever a problem while on stage with the Jacksonville Theatre Guild, you best not bring your mother!”