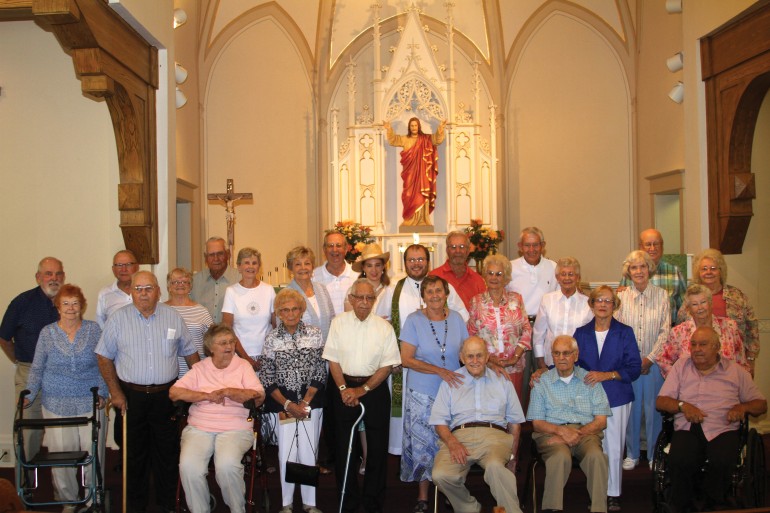 60 years ago … In 1954, we were allowing more wives to move back into the workforce. The economy continued to grow with consumer goods and television programs included the popular “Father Knows Best.” Marlin Brando starred in two of the most popular movies, “On The Waterfront” and “The Wild One.” The Movie “Blackboard Jungle” also featured the song “Rock Around The Clock” from Bill Haley and the Comets, and Elvis Presley cut his first commercial record. A new trend also started called “DIY,” or Do It Yourself projects, as families wanted to improve their homes and do their own maintenance. Car engines continued to get bigger and more powerful and gas cost 29 cents! Following the discovery of a vaccine against Polio, the first mass vaccination of children against it began. Also, Brown vs. Board of Education made segregation in US Public Schools Unconstitutional. Jumping now sixty years into the future from that year, couples are celebrating their “Diamond Anniversary,” along with Graceland, which celebrated 60 years of rock ‘n’ roll and also the Fender Stratocaster’s 60th anniversary in 2014. Happiest of anniversaries to you all!

Trinity Lutheran Church in Arenzville celebrated the 60th Wedding Anniversary of 13 couples.  The couples, all church members and residents of the Arenzville area have also been friends for 60 years.  Congratulations to all of the couples on their diamond anniversary and thanks for inviting The Source to be part of your celebration.