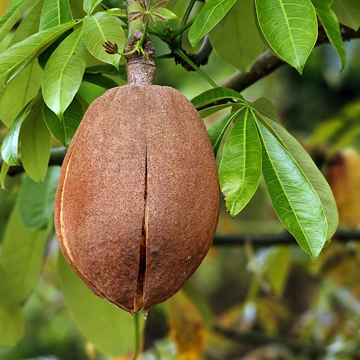 You’ve likely heard of hazelnuts, perhaps even used them in some delightful dessert, savory dish or garnish. If you give my children a choice between peanut butter or a chocolaty hazelnut spread, the peanut butter jar remains unopened. About 40% of global hazelnut production goes toward making one product – Nutella.

What is the standing of hazelnut here in the United States? Well, it turns out most Americans are fonder of the walnut and pecan. Is that because pecan and black walnut are native species (ignoring the fact the English walnut is native to Asia and Southern Europe)? Possibly, but one thing we are seeing is the growing popularity of hazelnut production in the U.S., specifically the Midwest. But how can we grow a crop of European hazelnut in Illinois that is a southern species and will not tolerate our winters? Turns out we have a native hazelnut.

Another factor leading to the increase in popularity of growing hazelnuts in the Midwest is the European hazelnut has been devasted by a plant disease called Eastern Filbert Blight. This has led to the development of resistant varieties and the hybridization of American and European hazelnuts that can grow in Illinois.

Before going out to the nearest nursery to buy yourself a hazelnut hybrid, keep in mind this is a new crop for the Midwest. Much of the research is still ongoing to develop varieties for our area that will yield a good number of hazelnuts, while still maintaining healthy growth and disease resistance.

Cultivated types of hazelnut are just now starting to filter into the nursery industry. Two recent releases from Oregon State University and Rutgers are OSU 541.147 “The Beast” and “Grand Traverse.” To find the most up-to-date hazelnut research and releases, visit the www.midwesthazelnuts.org.

However, what if you want to get into growing hazelnuts right away? You’re in luck! Seedlings of the American hazelnut are available from a lot of conservation groups, often for less than a dollar a plant.

The American hazelnut grows into a large shrub, and it does send out suckers from the root system. This makes American hazelnut a great hedgerow plant that supplies cover and food for wildlife, plus provides a good nesting location for certain songbirds. Everything considered, the American hazelnut has a high value for wildlife and deserves a bit more recognition in the Illinois landscape, let alone the added benefit for us humans to snag some handfuls of hazelnuts in the fall for our own confectionary delights.