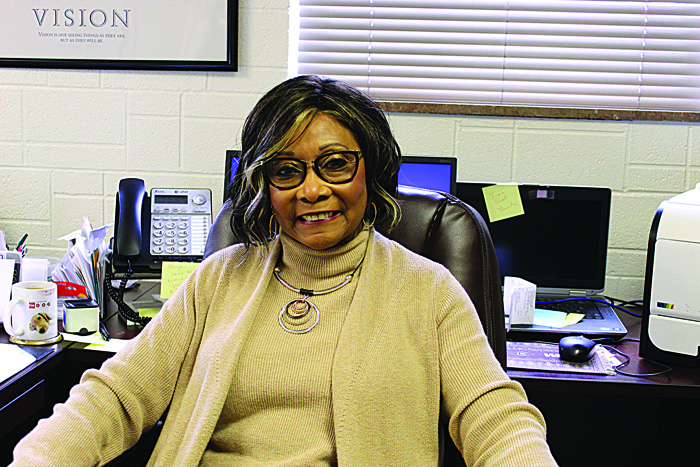 Esther C. Viles has somehow ended up in the middle of Illinois after a lifetime of living all over the country. Viles has lived on both coasts, in North Carolina and California — and even in the middle of the ocean in Hawaii. Her story that brought her here is one that is based around a job. Like most people’s reason for relocating, Viles’ job took her from one location to the next, and the job that would eventually lead her here began in Pennsylvania. Currently, Viles is the senior manager of government relations for Mediacom, but she didn’t receive that title overnight. She started out in Pennsylvania as a customer service representative, working her way up the ranks, and she eventually moved to this area to take over as the general manager and held that position for 15 years. Viles’ next step up was the position she currently holds. When she’s not working, Viles is always spending her time hanging out with her “fur babies,” or planning one of her spectacular parties she loves to host. Her fur babies are three pups, two of which are Yorkies and the other is a Maltese mix, but Viles has her eyes set on adding a fourth member to the family in a few weeks, a Bichon Poodle mix. If you haven’t picked it up yet, Viles loves animals, specifically dogs — so much so that when we asked about what she would do if monetary issues were no longer a worry, her immediate response was that she and her husband of 26 years, Michael Viles, would open an animal shelter on both coasts. The shelter would offer 24-hour veterinarians and trainers, with her hope to have all pets who live there to one day be adopted; however, she said she has no problem having them all live with her. With so much love in her heart for both animals and people, it came as no surprise when Viles said that her choice for a super power would be to bring people together with as much harmony as possible. If you’re around town and want to meet a positive energy, stop by the Mediacom shop and tell Viles “hi.”