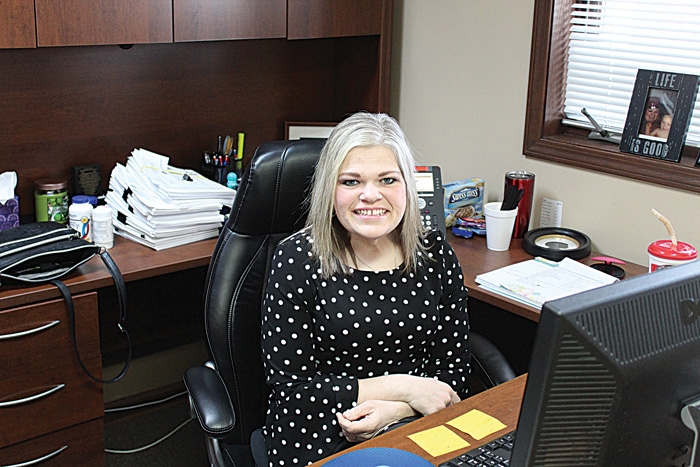 Tiffanee Peters has known this area her entire life; she grew up in Quincy and just over a decade ago moved to be a part of the Village of South Jacksonville. When she first arrived, she began working with DD Homes. Then, she happened upon a job opening for treasurer and office manager for the Village of South Jacksonville. Always looking for a new challenge, Peters took the leap into local government and is happy she did. Peters loves her job. When she’s not at work, she is focused on spending as much time as she can with her husband, Conrad, and her four-year-old son, Camden. They are either out looking for an adventure or busy playing with fire trucks and building forts at home. Peters builds everything around her family, even baseball. Peters loves to watch the Cardinals play, but says she lives in house divided; still, she shows her support for her better half by watching the Cubs play, as well. When we asked what she would do if money didn’t matter, she said she’d pack up the family and travel the world. Peters would love to make memories with her family through experiencing new cultures. Peters says that her biggest adversity is her shyness and anxiousness and that if she could have any super power it would be invisibility. Not only does she believe that will help with being in front of people, but Peters also believes it will be perfect for skipping to the front of line for rides at Disney, too. Her character traits played a role in her response when we asked about her book choice for her solo island stay. Peters said that she is way too anxious to ever be alone on an island and would need two things to even be on one: her husband and a book on mixed drinks. If you’re in the village, you should stop by the town hall and tell Peters hi, but she might be a little shy.