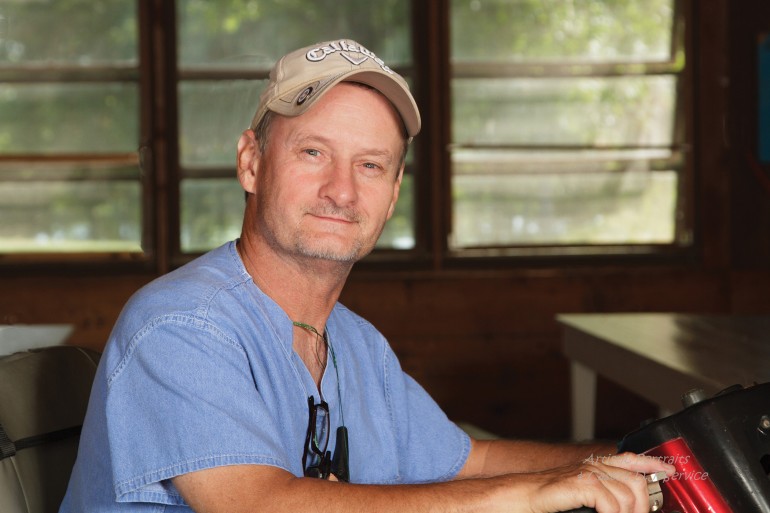 On Saturday, August 16, there will be a golf outing to support Jacksonville local Eddie Lowe. The fundraiser will have a “shotgun start” at noon and is held at The Links Golf Course. Eddie was born and raised in Jacksonville and suffers from Multiple Sclerosis (MS). WebMD defines MS as “a disease that affects the brain and spinal cord, resulting in loss of muscle control, vision, balance, and sensation (such as numbness). With MS, the nerves of the brain and spinal cord are damaged by one’s own immune system. Thus, the condition is called an autoimmune disease.”

Butch Wood runs Charlie’s 19th Hole out at The Links and is asking folks to pre-register, if possible, by calling the restaurant at 473-7428 or the golf course at 479-4663, so that they can ensure golf cart needs. Charlie’s 19th Hole and The Links have partnered up with Jacksonville Chrysler Jeep Dodge Ram and Reiser Construction to sponsor the event. Wood originally came up with the golf fundraiser idea and approached Eddie Lowe’s sister, Celeste Lindsey, with the idea; she says he told her, “C’mon! It’ll be fun.” Plus, the monies raised will help Lowe purchase a newer van, as a 2012 or newer van is required to receive any additional assistance in modifying the van to his needs with MS. Wood himself is a long-time friend of the Lowes and says, “I know Eddie’s MS is getting worse and I know the only way that he can get help is to come up with a van. He’s always just been a good person. My idea was maybe we can give him a hand…help him a little.”

The Friends of Eddie Lowe Golf Scramble costs $60 per person, which includes golf, food, prizes, and entertainment by the Grassy Creek Band. There will also be a silent auction during the event and anyone who doesn’t wish to play golf is welcome to “come out and spend the day with us,” Wood says; you can purchase dinner only for $8 and watch the golf, bid on the silent auction and stick around for the band. The 4-person scramble (which means basically that the foursome plays the best ball) is for anyone that wants to “help a friend.” “We’d like to invite men, women, couples…we don’t care how they come. There are prizes at different holes. It’s just going to be lots of fun,” notes Wood.

Lowe’s older sister, Celeste Lindsey, informs that Lowe’s MS is “chronic progressive,” and adds that “he is in a current remission state – in a big part because he takes the best care of himself that he can. But, the disease is really affecting Eddie’s legs more now. They’ve become weaker. Still, he’s positive. If you weren’t looking at him sitting in his wheelchair, you wouldn’t think he had a problem in the world. His attitude really says so much about his character.” Lindsey and Wood both convey that he’s someone who loves doing for everyone else. Lowe was diagnosed with MS in 1984 while he was a nursing student. As he could no longer trust his legs, he currently works as a TeleNurse with Springfield Clinic, truly impacting people enough that he won Employee of the Year in 2012, having been nominated by a caller that felt in a sense that he rescued her. Additionally, Lowe is a Board Member and volunteer nurse for Camp Courage and also is instrumental in organizing an annual charity golf outing that benefits the local MS community, Pathway Services, Ltd. and various charities, all in honor of his father and because of his overwhelming goodwill. Lowe is supportive of Jacksonville and now he needs Jacksonville’s support at this Friends of Eddie Lowe Golf Scramble on Saturday, August 16. Wood sums it up by saying, “Eddie’s a big-hearted kid that needs help. That’s all there is to it.”