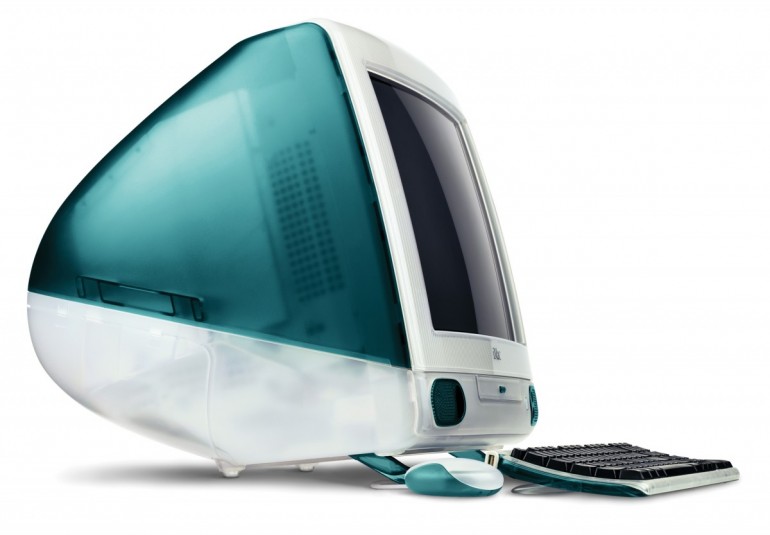 I was recently working on a print ad for a client. A major mattress manufacturer had just introduced new models in their iSeries line. I had a question about some pricing so I dialed my iPhone. I prepared to take a few notes on my iPad and turned down a song I’d been listening to on iTunes as I iWaited for the client to pick up.

Then it dawned on me. Just what the heck does the “i” mean? We’ve been sticking a lowercase “i” in front of product names for nearly twenty years now and I don’t know that I’ve ever been clear on the why behind the “i”. I know the “e” in recently created words like e-mail and e-ticket means electronic. I get that. But why “i”?

The print ad would have to wait. I needed some capital “i” information.

At those moments when I’ve considered the “i” I kind of thought it meant “intelligent”. The iPhone was the first “smartphone.” Most of the products with an added “i” are tech-based and have a software controlling layer. Then again, how does that apply to these mattresses? No software controls or interfaces there. They do have a layer of stuff they call “smartfoam” so maybe that part of it is intelligent. I’ve also thought the “i” might be the personal pronoun. We normally refer to ourselves as capital “I” but a lowercase “i” for personal use devices might make sense.

I discovered several histories of the “i” all with one origin story.

It was Jobs. Of course it was Jobs. Steve Jobs, the brash, visionary, outspoken, marketing and design genius who founded Apple Computers along with that other Steve, Steve Wozniak. Wozniak was the soldering iron slinger who knew the tech. Jobs positioned himself as the visionary. He didn’t know circuits or chips but he knew what he liked. Jobs also believed he knew what everyone else would like and he wasn’t afraid to shout about those likes from the mountaintops.

Jobs didn’t just want to create cool tech. He wanted to change the fabric of society with every revolutionary, or sometimes not so revolutionary, design. Jobs famously said he wanted to “put a ding in the universe” with his new and oh-so-cool products. Hey did put a ding in the universe of graphic designers in 1984 with the introduction of the Macintosh. He would add a small scratch next to that ding when he introduced the “iMac” in 1998.

There it is…patient zero…the origin of the “i” in a product name.

Remember the iMac? The original iMac, the gumdrop. Technically the iMac is still around. They introduced the 6th major revision last year. It’s a very cool computer, but it’s a flat LCD monitor on a sleek aluminum stand with a separate keyboard and an Intel i5 or i7 processor under the hood. At the risk of ticking off AAs (Apple Aficionados) it’s basically a cool looking PC that runs OS-X. Sorry, I know that had to hurt.

The 1998 iMac G3 was cool but, more importantly, it was weird. It had a CRT monitor so it was in a bigger box. Behind the CRT were the guts of the machine. The iMac broke a lot of desktop computing rules. At the time you could have your computer in grey, slate grey, putty or a slightly darker slate grey. Putting a computer in a black case was considered edgy in 1998. These very colorless boxes were also very box-like and they required a lot of plugs and wires to hook everything up that made the box a computer.

The iMac was curvy, colorful and self-contained. It was called an “egg” or a “gumdrop”. You plugged in the keyboard and the mouse and that was it. Even the speakers were built into the design. It didn’t look like anything anyone had ever seen sitting on their desks up to that time. Legendary Apple designer Jonathon Ive is the person credited with the iMac. He’s also the guy who did the nuts and bolts CAD work for the iPod, iPod Touch, iPhone, iPad, MacBook, MacBook Air and the new Apple Watch set to come out this year. And that’s just naming a few of his myriad designs. Yeah, this guy is GOOD!

In the marketing, the bright array of iMac colors was pushed as a feature seemingly more important than the computing power or functionality of the machine. When Jobs introduced the iMac in a press conference in May of ’98, he said the “i” meant “internet.” He believed people wanted a fast, fun and easy way to get on the internet.

The inter-what now? This was pre-Facebook , pre-Flash, pre-highspeed connection internet. This was the AOL/Compuserve era of geek-o-riffic cyberspace. Most people believed getting on the internet required a desk loaded with wires and connectors and modems and layer upon layer of software designed to dial and “handshake” and ultimately connect you to a Bulletin Board where Trekkies could call you an idiot for not knowing the kilometer equivalent of a parsec.

The iMac made getting on the internet easy. Plug it in, turn it on…there was no “Step 3” according to the Jeff Goldblum voiced commercial.

In that introductory press conference, Jobs said his people also liked to think of the “i” as meaning “individual”, “instructive”, “informative” and “inspiring.” Which, of course, allowed them to stick the “i” in front of dozens of other products, both hardware and software based.

My favorite part of the “i” story? The name wasn’t Jobs idea. This was Mr. Marketing’s first big product introduction after his return to the helm of Apple. He wanted to call it “MacMan”. Ken Segall, an ad exec with Chiat/Day in L.A. came up with “iMac”. Eventually the creative team was able to talk Jobs out of “MacMan” (thank GOODNESS!) and he came around to the “iMac” moniker.

Okay, iFeel better. Time to get back to iWork.

[Questions? Comments? Column ideas? I would LOVE to hear from you! Write me at: allen.stare@gmail.com]