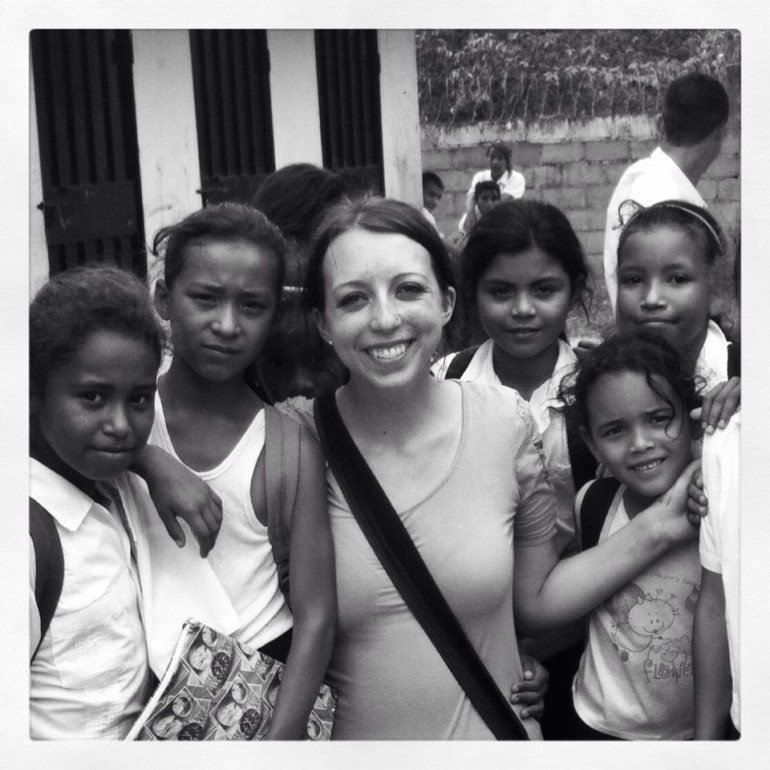 Chelsea Werries is a graduate student at Illinois Wesleyan, where she’s studying clinical counseling psychology. But over spring break just weeks ago, she took her second trip to Honduras where her mission work ties in with her studies—through counseling young people. Her goal after graduating is to pursue Christian counseling, and her mission work has inspired her to touch lives both in the US and internationally.

The first time she heard about the Honduras mission work was through a Christian radio station that promoted the “1 Nation, 1 Day” program, which would bring more than 2,000 missionaries into the country for a week. There, the missionaries would be providing medical treatment and food, speaking at schools, and closing the week with a program/concert in 18 cities throughout the country.

Werries signed up for this first trip, and over the course of the week, she and the 16 others in her group put on gospel dramas for school children, prayed with them, and did self-esteem building activities. The group stayed in a hotel and ate meals at a local pastor’s home, and finished the week with a large concert. The week ending event featured singer Kari Jobe, local pastors, and brought over 500,000 people together, with many more viewing and listening to broadcasts.

A year after this week-long program, San Pedro Sula, one of the most dangerous cities in Honduras where more than 20 murders occurred each day, saw major changes. Leaders from 1 Day, 1 Nation reported at 76 percent drop in the murder rate, one of the city’s most formidable gangs disbanded, and violence came to a new low. “I really feel like the love and prayer we brought that week made a big difference,” Werries said.

After the first trip, she felt like she was being called back to Honduras again. When the opportunity arose for her to travel there over spring break, she quickly turned to social media and fundraised in a short three week time frame to be able to go again. “I just fell in love with the people there, and by going back, I’m continuing to invest in the country and their people,” she said.

Upon returning, she re-connected with friends from her first trip and performed many of the same mission activities as her first trip with children ages 6-18. In the future, she plans to keep returning to the country. “I definitely think I’ll be going back again,” she explained. “It’s really helped me step out of my comfort zone and to grow.”