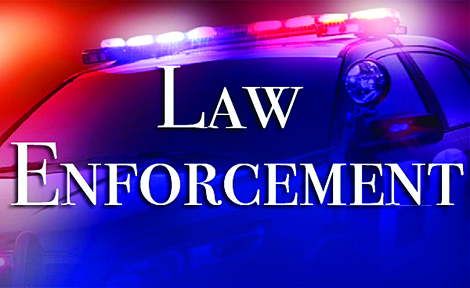 Everyone is doing things differently during this pandemic and safety is a predominant factor in all we do. On the frontlines of keeping us safe are the men and women of our law enforcement community.

While the national trend has shown a slight decrease in some areas of crime and a slight increase in domestic calls, there has been no significant decrease or increase in crime in Morgan County according to Sheriff Mike Carmody. Jacksonville Police Chief Adam Mefford reports a slight decline in calls since the stay at home order went into effect stating, “I think our proactive policing has contributed to the reduction in calls.” Despite the increase in domestic calls in some areas of the United States, Mefford reports a 41 percent decline compared to this period last year. South Jacksonville Police Chief Tim Mann is also seeing a noticeable decline in the number of calls, reporting, “We are currently 288 calls less than a year ago at this time.”

“We have increased the number of patrol cars out in the county to have a better visual presence,” commented Carmody. In practicing social distancing, Morgan County deputies, Jacksonville Police and South Jacksonville Police are handling calls by phone unless responding in person is required. Limiting the number of officers and trying to keep a safe distance when responding to a call, unless human contact is needed, is being practiced across all departments as well. “We are doing our best to educate others as well as practicing social distancing,” added Mefford. “Our officers are trained in the academy to stay six feet away from other parties,” commented Mann; “This has been a good reminder of that training.”

The biggest challenge facing law enforcement has been the constant and almost daily changing of information from state and national officials. On the County level, the Morgan County Jail has been the biggest challenge. At the time of this article, 25 inmates are being housed in the jail and jail staff is in close contact with all inmates 24 hours a day, seven days a week. “All jail staff have their temperatures checked before entering the building. Attorneys, mental health personnel, new inmates and medical staff get checked before to entering the jail as well,” added the Carmody.

All employees are told to stay home if they are sick or running a temperature. Chief Mann of South Jacksonville reports that each employee has their temperature taken twice per shift. All supervisors are actively observing other officers for other signs.

Another obstacle has been enforcing Executive Orders that have criminalized activities that would be normal behavior any other time. “We are doing our best to use enforcement as a last resort. We prefer to educate and explain that the orders are for everyone’s health and safety and ask for voluntary compliance,” commented Mefford.

In adjusting to the stay-at-home orders issued by Governor J.B. Pritzker, which began at 5 p.m. on Saturday, March 21, local law enforcement has seen the public cooperating and adapting to these new temporary guidelines for the most part. The city has seen three arrests stemming from a large party in the early morning hours in which individuals refused to comply with orders and continued to cause a disturbance.

Sheriff Carmody has spoken with a few business owners who were using their businesses for social gatherings. “I contacted the owners and told them the possible sanctions that could be enforced on the establishment,” concluded Carmody. Deputies were notified in these situations to keep watch; no arrests were made, and no fines issued.

Despite the uncertainty of what we are going through right now as a society, Chief Mann shines a light on what is being seen throughout all of Morgan County. “The ability of the people to show immense caring, compassion and understanding is tremendous. I can’t begin to thank everyone that has given food, cards, supplies and even their own PPE so that officers can stay safe. Not surprised, but tremendously humbled,” concluded Mann.