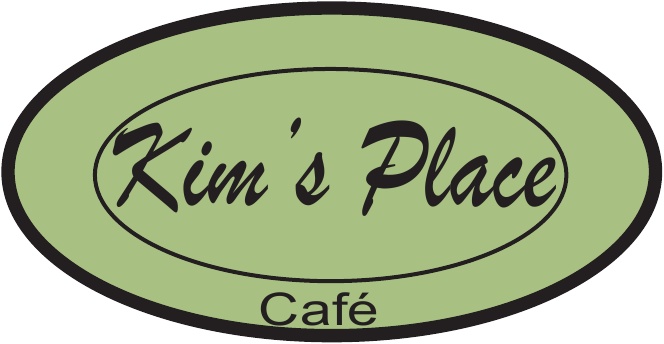 Situated just off the immediate downtown square in Jacksonville, the longtime go-to eating place for locals known as Norma’s Café, opened anew on August 18, 2021, as Kim’s Place Café — the latest endeavor by Brad and Kim Fellhauer.

I had gotten wind a few weeks ahead of time … that Norma was retiring … I talked to Butch who owns the building to see if we could work something out if I were interested. I still hadn’t even told Kim yet,” says Brad Fellhauer of how it began.

He explained that he talked with his wife, her response was that it was a shame it would be closing. So, he asked her if she’d be interested in buying it. “We talked about it for 30, 45 seconds probably … [Kim] was pretty ready to go. That’s how it happened.”

It was on August 4, Brad Fellhauer’s birthday, that Norma Koyne told her staff that she was retiring and that there was a new owner, recalls Fellhauer. The Fellhauers kept a good portion of the staff, both chiming in that 75-80% of them remain at the café. “We’ve made some good, new additions to the staff, both out front and in the kitchen. I think they’re working out well —and we’ve been lucky … we’ve fought for help. It’s been hard to get applicants, let alone good applicants. We’ve been very fortunate; we have an exceptional crew right now,” tells Brad Fellhauer.

The Fellhauers are not new to the life of the restaurant business. They started with Bogie’s up on North Main Street, and then moved it to a different location on West Morton Avenue. They do say, however, that they approached the opening of Kim’s Place Café differently based on what they learned from opening their first two.

The way we advertised it … the very first time it didn’t hit us as bad. I made the mistake of putting it on Facebook about opening tomorrow or something like that and we got overwhelmed. We had every seat in the place taken and they were out both doors and down the side of the building,” remembers Brad Fellhauer.

They weren’t ready. So, this time … they kept everything quiet. Nothing on Facebook. No advertising. They told the staff not to utter a word.

“It was perfect. That gave us a chance to breathe,” he adds.

“We pretty much just let Norma retire … and then we just stepped in … let the staff run with it. Leave the well enough alone, so to speak,” she shares.

Brad Fellhauer shares, “Norma had a good setup. We were fortunate. She had a good one. We feel fortunate that we’ve retained probably 98% of that clientele … The advantages were that we had the staff, so to [diners], they’re still getting waited on by the same people.”

Kim’s Place Café is open daily from 6 a.m. until 2 p.m., with extended hours on Monday, Friday and Saturday when they stay open later until 7:30 p.m.

The Fellhauers say they kept probably 95 percent or better of her menu, remarking, “The menu Norma had was a well-liked, feel-good menu … down home … and [customers] loved it, so we kept most things.” For anyone who doesn’t know about the menu, it could be described as “mom and pop.” A lot of items are made from scratch, and they say fried chicken is their top seller. One change was adding a Sunday buffet with the options to add a salad bar, which has proved popular. The salad bar is currently available Friday, Saturday, Sunday and Monday. There’s a daily fresh soup, too. Kim’s Place also accepts credit cards; that’s new.

The two joke, “We live here. This is a temporary residence. We’ve both established a routine.

The most true statement ever heard is, ‘You’re going to be married to that place.’”

Though, yes — Kim Fellhauer will be there at five in the morning along with several regulars (remember, they don’t open until six) — she says it’s a feeling a family and comfort. Those regulars were out front shoveling snow during the recent storms. They’re talking and helping … telling stories.

Kim’s Place Café is at 211 E. Court St.; call them at 217-245-6037 or search “Kim’s Place Cafe” on Facebook to find their specials and menu. Also, ask about their room that is available for rent for special events or meetings.