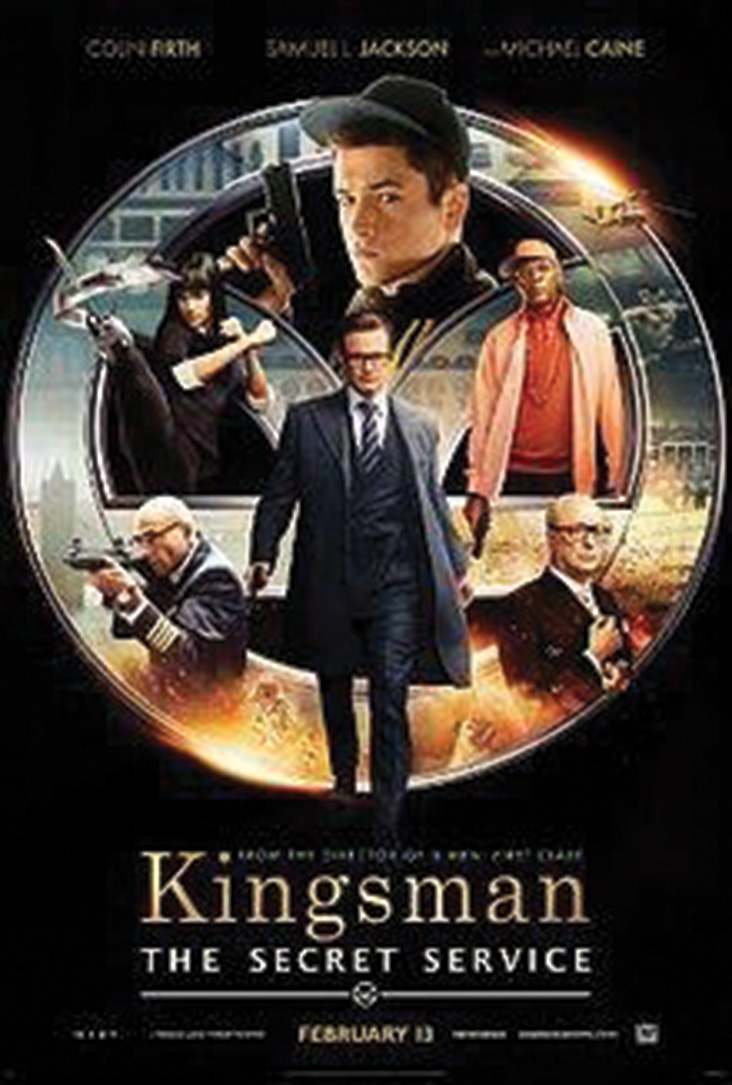 The early months of any given year are often dominated by – if not exclusively composed of – filler: prestige films whose release was pushed back when it became obvious they didn’t stand a chance of winning anything and would-be blockbusters whose release was moved up for fear that it couldn’t compete against that year’s biggest franchises. And while exceptions most certainly exist for this, the sage advice has always been to save your money for May. This last weekend, however, saw the release of the first must-see movie of 2015. And no, it’s not “Fifty Shades of Grey.”

“Kingsman: The Secret Service” is the latest action / comedy romp from writer-director Matthew Vaughn, best known for “Kick-Ass” and “X-Men: First Class.” In the wake of a gentleman spy’s untimely death, The Kingsman – a privately funded international spy agency – seek to recruit his replacement. Agent Galahad’s choice is Gary “Eggsy” Unwin: the delinquent son of a former Kingsman with a chip on his shoulder and everything to prove. But when billionaire philanthropist Richmond Valentine plans to cull the global population in a megalomaniacal attempt at saving the world from global warming, it’s up to Eggsy and the rest of the Kingsman to save the world.

Kingsman is a raucous sendup to old spy shows, including but not limited to the Bond franchise and the too-often forgotten Avengers series. It revels in the eccentric villains, playboy heroes and increasingly impractical gadgets that defined the golden age of British spy movies. Galahad and Valentine exchange barbs about what made the early Bond films great and extrapolate how their current scenario would play out in them before ultimately concluding that “it’s not that kind of movie.”

The central narrative of Eggsy’s coming of age amidst the unreservedly classist Kingsman organization is problematic at best when you consider the film’s simultaneous love for and disdain of the lower class. Eggsy’s ability to get the drop on his fellow recruits, and sometimes instructors, is directly attributed to his unprivileged upbringing, while the film as a whole sets itself against those upstart Americans who broke off from British rule. The villain is a self-made billionaire whose idea of a private gala is serving McDonalds on a silver tray and whose heavy-handed environmentalism seemingly won over the Obama administration. This isn’t to say that the film is itself lacking, just that its unfocussed and often contradictory themes generally amount to a zero sum while the over-the-top action sequences and witty banter are allowed to steal the show.

While its wildly fluctuating themes, tones and subtext keep it from saying exactly what it wants to say, Kingsman is without a doubt the first good movie of 2015. It’s loud, messy, outrageously hilarious, endlessly exciting and, most important of all, fun. It is the very best version of the movie that it’s trying to be: an overblown classic spy film with a decidedly post-millennial aesthetic. It’s “Goldfinger” meets “Kick-Ass” and will be without a doubt the most exciting movie to hit theaters until “Age of Ultron” in May.