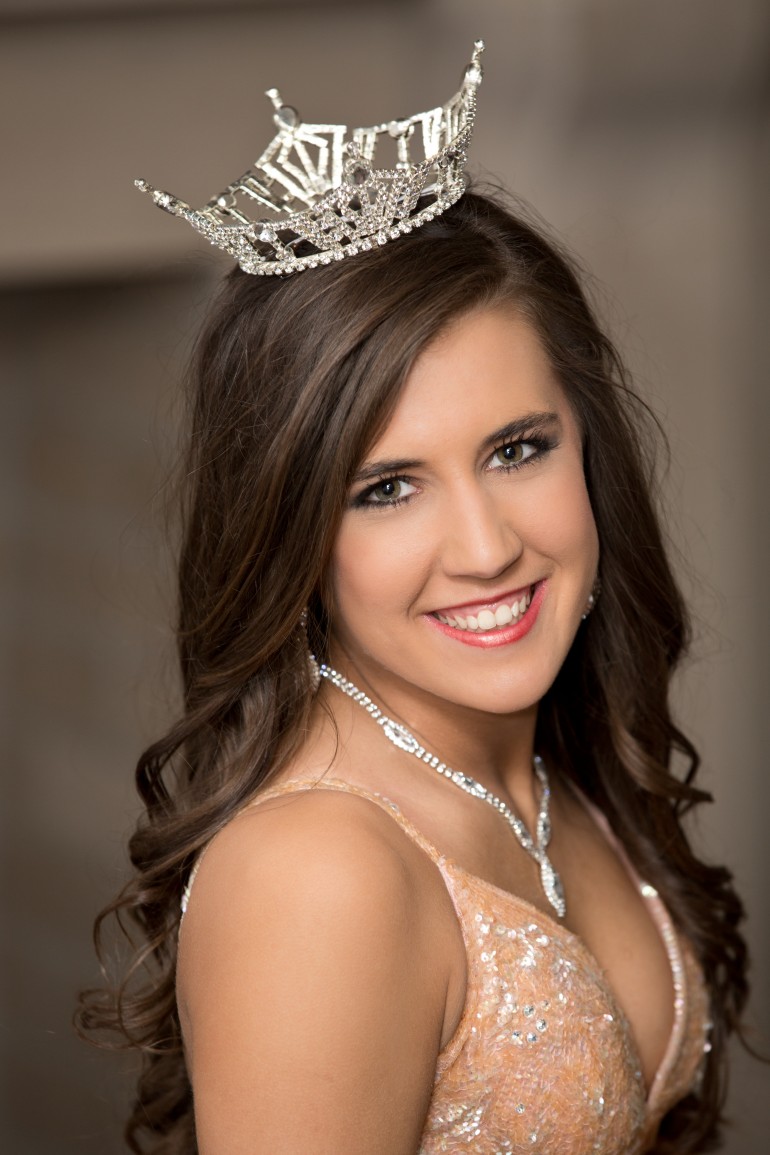 On March 2nd, Lauren Martin, resident of Jacksonville, was crowned Miss Macomb.  Lauren is a 2011 graduate from Jacksonville High School and is currently a junior accounting major at Western Illinois University.  This was only the third pageant Lauren has competed in but it was her second win.  In 2012, she was crowned the Morgan County Fair Queen.

In order to become Miss Macomb and win the $5,000 scholarship prize, Lauren had to spend her limited spare time studying local, national, and world news and events.  She also had to choreograph and practice a jazz dance routine for the talent portion of the competition.  During her reign as Miss Macomb, she hopes to faithfully represent the Macomb community.  In fact, the community service involved with winning a pageant is Lauren’s favorite aspect about pageants.

Lauren’s next goal is to be crowned Miss Illinois USA in the upcoming June pageant.  To accomplish that goal, Lauren is once again studying current affairs because, despite the cultural stereotype, beauty pageants involve much more than hair and make-up.

Lauren would like to thank her friends and family for their support.  She also wishes to thank her former pageant director Monica Turner and the Jacksonville community because she learned everything she needed to know to compete in pageants.  Congratulations Lauren! We wish you the best of luck in your next endeavor.