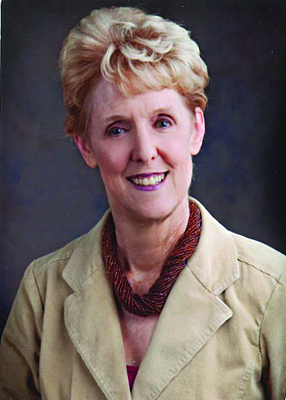 After people retire they often say, “I have so much to do, I don’t know when I found time to work!” There is one more in the ranks of the retired that I am sure will be saying that very same thing soon; if not, already.

As of June 1, Dr. Susan Weller, DDS officially retired after 38 years in dentistry. Those 38 years are even more impressive considering she started her career as a music educator.

After graduating from MacMurray College with a bachelor’s degree in music education, she studied vocal music and piano at the University of Illinois as a master’s program and then taught music at the grade school, junior high and high school levels for 10 years. Her first teaching experience was in Paxton, Illinois. She then went to Door County, Wisconsin, and finally to Green Bay. “The job was physically demanding. I was traveling to seven schools in the district, working evenings and weekends and preparing special performances when asked,” recalled Weller. “I couldn’t see myself doing this for another 10 or 20 years and maintaining the level of quality that I considered necessary.”

She decided to pursue a degree in dentistry. “Choosing dentistry was not a hard decision. My brother was in the field and both my father and my grandfather were dentists,” shared Weller.

In 1976 she enrolled for two years at Illinois College to get all the lab sciences she needed to have to apply for dental school. She enrolled at Southern Illinois (SIU) School of Dental Medicine in Alton, Illinois in 1978 and graduated with a Doctor of Dental Medicine degree in 1982. Weller chose this program through SIU because it had higher a percentage of females than in of the other schools. She did not want to be the only female in dental school. Her class was the first four-year class to graduate from the program.

Upon completion of her degree, she purchased the dental practice of Dr. Jim Bunch, located on the sixth floor of the Farmers State Bank building. One year later, they had built the building on West Lafayette with three other dentists: Dr. Donald Kolmer, Dr. Robert Bradley and Dr. Paul Ineich. Dr. Bunch continued as an associate with Dr. Weller for three years and then he retired. In 1996, Dr. Bill Weller, Susan Weller’s brother, moved back to Jacksonville and bought Dr. Kolmer’s practice and they have enjoyed adjacent practices ever since.

“Helping people in life-changing ways is what is most rewarding about dentistry. I have made many friends in the patient relationships and the many other dentists I have come to know,” added Weller. “The hardest thing about retiring is giving all of that up.”

Professionally, Weller has been an active member of the G.V. Black Dental Society since 1982. She has served the organization as president for two years and has also served as treasurer, program planner, and secretary to the organization. She has been involved by representing the Society at annual meetings and lobbying the state of Illinois on behalf of dental health.

Weller has had training in forensic dentistry and worked as a consultant with Jeff Lair, former Morgan County Coroner, doing postmortem identifications. “Jeff taught me a lot and we had our share of grisly cases. It was very interesting,” stated Weller. Weller also worked for a few years with the state of Illinois investigating dental/medical fraud cases.

Weller has always maintained her love for the arts since her early years as a music educator. She has been intimately involved with the Jacksonville Symphony Society, serving on the board and also as past president. Presently she is an honorary board member. Additionally, she also has been a board member and past president of the Jacksonville Theatre Guild. She joined Kiwanis when they began to accept women and has served on the boards of the Chamber of Commerce and Pathway. She is also a board member of the Morgan County Historical Society.

In retirement, Weller probably will not go back to some of the things in her adventurous past such as airplane flying, dabbling in skydiving, or even bungee jumping, but she will pursue her abiding interest in the arts. Weller is very instrumental in starting to raise funds for the Jacksonville Center for the Arts Civic Center. “We are in the quiet stages of fundraising right now and my hope is that people will recognize the potential,” concluded Weller. Retirement will allow more time for Weller to work on establishing a Civic Center and a new home for the arts in Jacksonville.