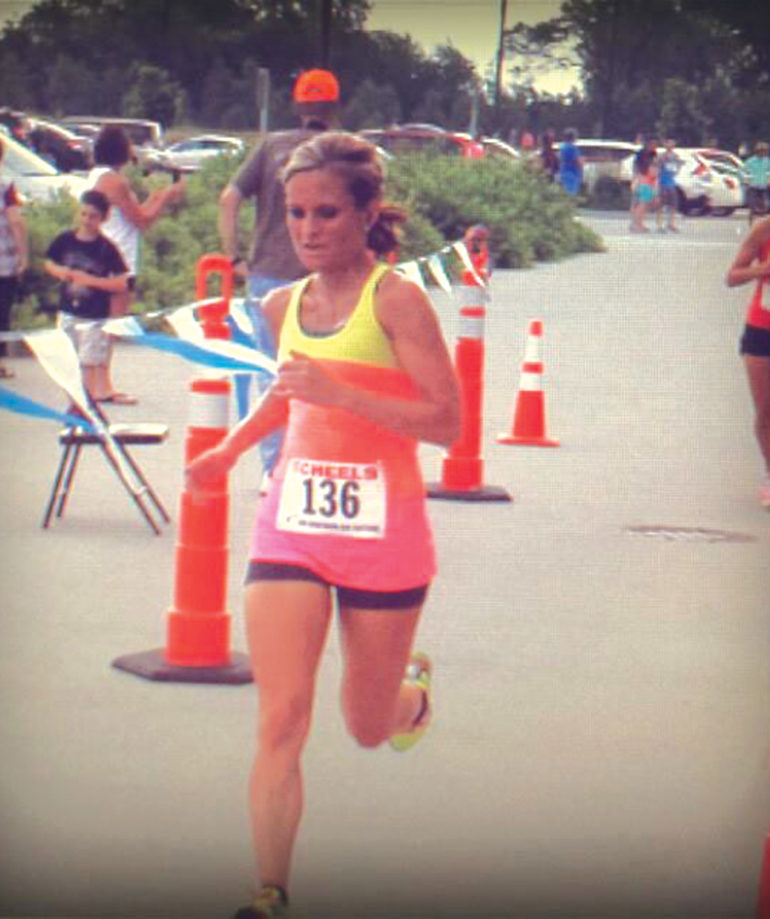 In The Source’s March 27-April 2, 2014 issue, we printed an article about Shannon Cole, a young woman who began to run after having open heart surgery. Read her story on our website at http://the-source.net/shannon-cole-opening-heart-running/. Cole is now in competition to be featured on the cover of Runner’s World magazine.  Winners are selected based on entries that best depict and describe the “runner personality,” community votes and an interview. Cole is asking for help with votes. You can vote for Cole daily to win the Runner’s World Cover Contest by using the following link: http://covercontest.runnersworld.com/entry/64/ though the end of voting on August 26, 2014. Her runner personality, she says, is “Inspirational.”  Her open heart surgery in 2009 was “life changing.” She began running just after the operation, pushing herself each year since and has fallen in love with running and competing. Since the article ran, Cole has proudly completed a personal running goal; she ran her first half-marathon in Champaign, IL, at the Christie Clinic Illinois Half. Says Cole, “It was very special and emotional to me. When I got to mile 11 of the race and tears ran down my cheeks, at that point I knew I could finish and I was ‘STRONGER THAN YESTERDAY’.” Running is very important to Cole, testing the abilities of the heart and mind, she says – she would appreciate your votes.