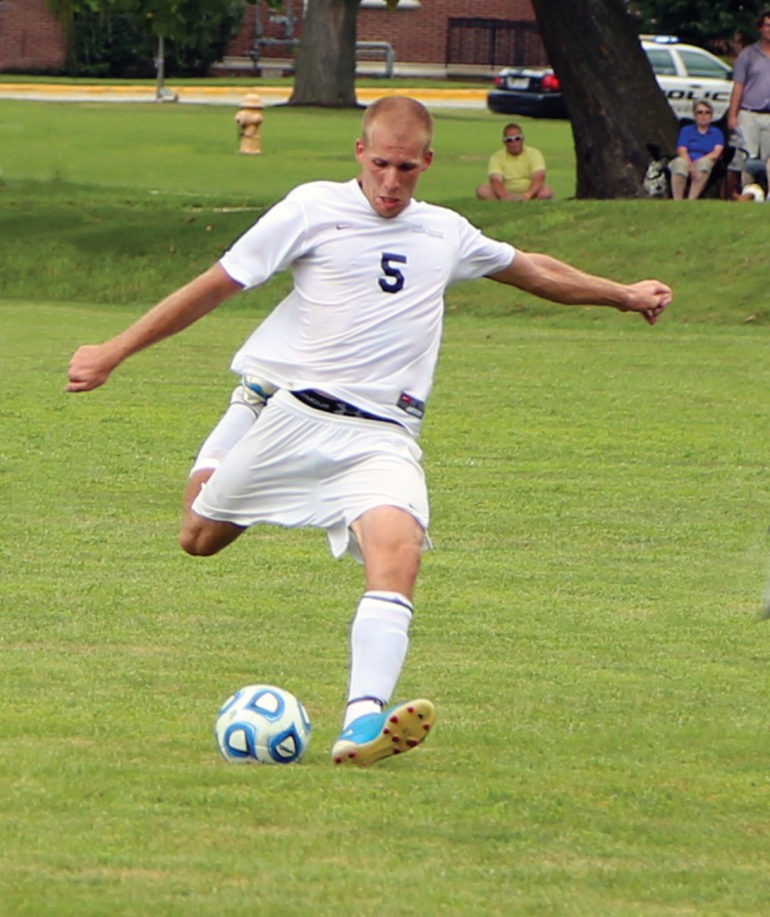 Morgan Hauser (volleyball) and Mason Rowe (men’s soccer) were named the Highlander Student-Athletes of the Week for the week of August 24-31.

Rowe, who scored all three Highlander goals in MacMurray’s 3-1 victory over Northland College on August 31, was also named the SLIAC Conference Offensive Player of the Week.

The MacMurray College Student-Athletic Advisory Committee (S.A.A.C.) will be sponsoring a “Pack the House” night on Tuesday, September 16, for the Highlanders’ first home volleyball match of the season.  Prior to the match vs. Fontbonne University, the athletic department will honor the volleyball team for their recognition as a 2013-14 AVCA All-Academic Team Award recipient.  We will also have a formal presentation of the 2013-14 SLIAC-S.A.A.C. Community Service Award to MacMurray College. Free Little Caesars’ pizza will be provided for anyone who attends the matches.

The Highlanders’ football team will host Martin Luther College on Saturday, September 13, in their home opener. Kick-off is scheduled for 1PM at Freesen Field in the UMAC conference opener for both teams.

The Highlander football team lost 41-14 to Culver Stockton Saturday on the road.  Sophomore quarterback Coy Dorothy of Hamilton, IL, connected with freshman wide receiver Kimani Meekins from Grovetown, GA, on a 53-yard pass play for the first touchdown.  Junior Seth Stanton had an 87-yard kick-off return for the Highlanders’ other touchdown.  Stanton is from Collinsville, IL. 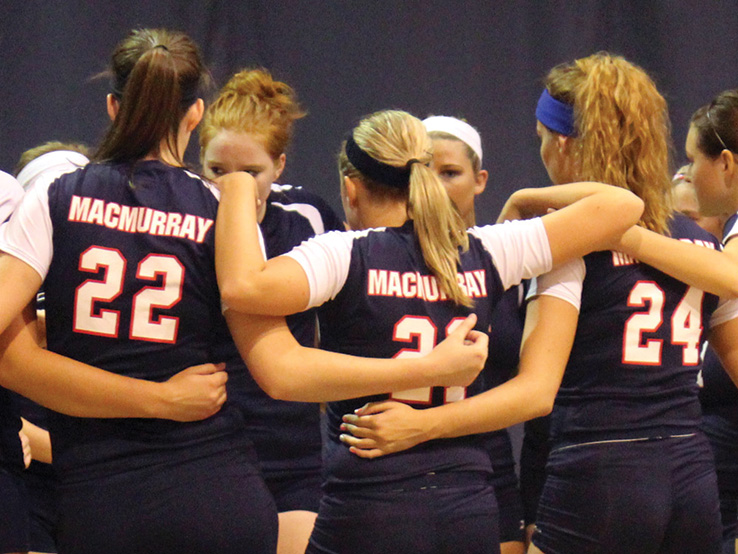 The volleyball team holds a current record of 2-2.  Junior transfer Morgan Hauser led the team in kills over their four games, and received special mention in the SLIAC conference.

The MacMurray soccer teams traveled to Concordia University- Chicago on Sunday, Sept. 7.  The Highlander women lost 8-0 and the men’s team lost 4-1.  Mason Rowe (Ottawa, IL) scored the lone goal for the Highlanders on a penalty kick.

The women’s golf team participated in the Illinois College Invite last weekend.  Senior, Katie Frye of Winchester, IL paced the Highlanders with a 164 (85-79), which put her in a tie for 14th place.