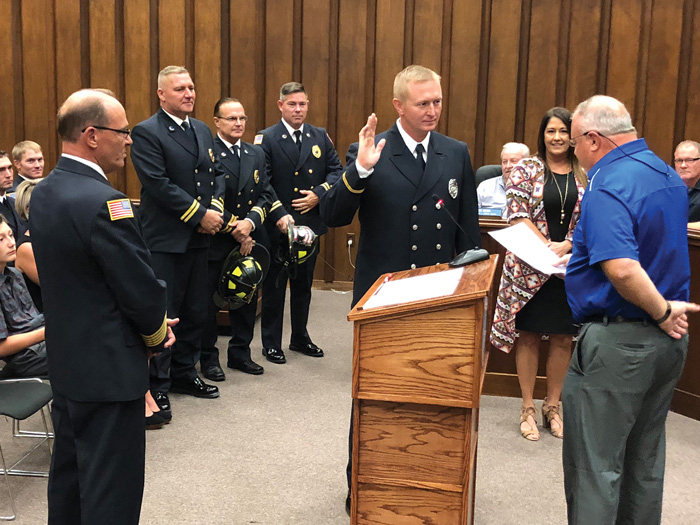 Matt Summers is sworn in as a lieutenant during last week’s Jacksonville City Council Meeting. In addition, several other firemen were sworn in, promoted or highlighted for their outstanding service. Recognitions included: Captain Beth Kershaw having retired in June of this year; Joey Hosteny being promoted to driver/engineer; Mike Martin being promoted to captain; plus Brett Brockhouse and Logan Griffin being sworn in as official firefighters, ending their probationary year. Congratulations.