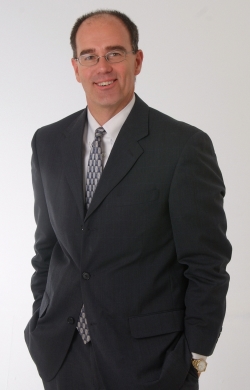 When Richard Freeman moved to Jacksonville in 1988 he desired to join a service organization. However, it was not until 1990 when Jacksonville attorney Matthew Smith invited Freeman to a Kiwanis meeting that he found the organization that truly fit his personality. Twenty five years later, Freeman remains active in the organization is set to take over the helm of the Kiwanis Club of Jacksonville next month as president.

Originally from Bluffs, Illinois, Freeman received his bachelor’s degree from Bradley University. He went on to attend Washington University School of Law where he earned his Juris Doctorate in 1988. That same year, Freeman began working at the Jacksonville law office of Rammelkamp Bradney and has remained practicing there ever since.

Freeman was initially drawn to the Kiwanis Club because of the camaraderie that exists within the organization. The Kiwanis Club of Jacksonville is a part of Kiwanis International, a world-wide organization that aims to strengthen communities and serve children. The local group meets every Thursday at noon at Hamilton’s 110 North East, and always welcome new members.

“The fellowship is wonderful. As I told somebody one time, even when you’re having a really bad day at work and you don’t think you have time to go to that meeting, if you can get to that Kiwanis meeting you’ll have a much better afternoon. It’s a stress reliever,” said Freeman.

The numerous service projects the club completes each year is one of Freeman’s favorite aspects of the association.

“The biggest, most recent service project has been the construction of the Kiwanis Centennial Playground at Community Park,” Freeman shared. “Every year we hold our Pancake and Sausage Day to raise funds for the club. We then take all of those proceeds and donate them to organizations and activities in town that serve children, primarily.”

Looking forward to his upcoming presidency, Freeman has several goals for the organization during his year of leadership.

“We’ve recently had some growth in our membership and we hope to continue that in the coming year. We hope to become more involved in additional service projects. We’re trying to find some additional, smaller service projects that we can do to help children in the area and to overall better the community,” said Freeman.

Freeman has served on various other community and civic boards, including the MacMurray College board of trustees and the Firefighters’ Pension Fund for the City of Jacksonville. However, he has scaled back his commitments so that he can devote his time to being the president of the Kiwanis this year. Freeman is a member of the Faith Lutheran Church of Jacksonville, and enjoys volunteering at the Western Illinois Youth Camp.

Freeman and his wife Tina are the proud parents of two sons, Nathan and Matthew. In his spare time he enjoys hiking and visiting Nathan at the University of Missouri and Matthew at Colorado State University. Freeman encourages others to learn more about the organization and their many philanthropic projects through the group’s Facebook page, www.facebook.com/jaxkiwanis.