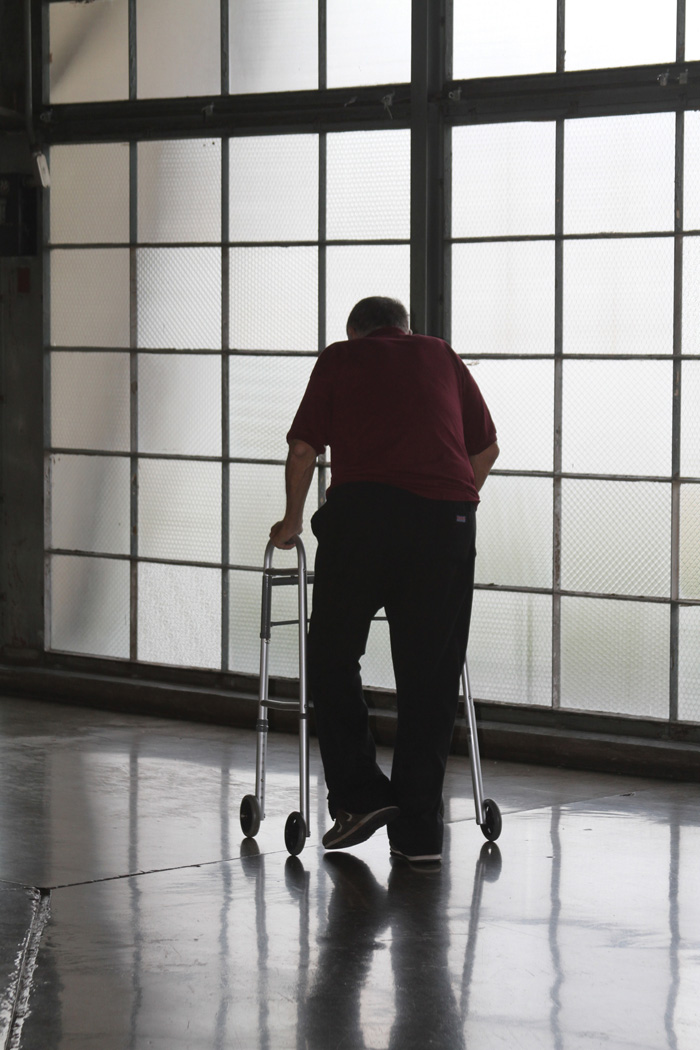 In September 2017, Doctor Peter Trace was celebrating at his home, with his friends, colleagues, doctors and nurses, children and grandchildren, reminiscing about his long and meaningful career as a well-loved physician that spent a career in the field of obstetrics and gynecology. Trace and his wife, Konnie, were planning for a future. They had a spot of land south of town. They shared a long marriage, they had some dogs and some grandkids. They were both active members of the Jacksonville Kiwanis Club. They wanted to spend the rest of their lives maintaining that land and playing with those kids and dogs. They wanted to donate time and energy to give back to the community they call home.

Just a few days after the party, Peter Trace woke up in the Intensive Care Unit at Memorial Medical Center. He had a tough time speaking and he could no longer walk. His leg had become paralyzed; his body and vital organs, were shutting down. He is unable to remember any of the time in between his party and waking up at Memorial. Konnie remembers it vividly. She describes it as hell on earth. He had unknowingly contracted meningitis. The day after the party, she could not get him off the couch, she explains he was in pain, he was confused, he was difficult to deal with. He was argumentative and refused to go to the doctor. Konnie asked their son, Doctor Elias Trace, for help. He convinced her to call an ambulance. Peter Trace was seen at Passavant Area Hospital and rapidly transported to Memorial Medical Center, where they were finally able to diagnose him with meningitis that had caused his body to become septic. Sepsis is a life-threatening condition in which the body is fighting a severe infection that has spread via the bloodstream.

The time between his retirement and today has been a blur for the Traces. There were months of physical therapy and living in a rehabilitation center before he was able to move back to his home that had been given modifications to make it handicapped accessible. Peter Trace is in kidney failure now and doing dialysis at home while trying to be accepted into an organ donation program. He is also doing physical therapy a few times each week. The organ donation program at Springfield would not initially accept Trace; one of their requirements was that he was able to walk 1,000 feet in less than six minutes, but he was unable to do that. It questions if he is too frail to accept a transplant. After meeting with a gerontologist, a specialist focusing on the biological, psychological and sociological phenomena associated with aging. This doctor decided that Trace was anything but frail, he just was not able to walk the necessary steps to be included on the transplant list. At this time Trace is awaiting a cardiac evaluation after which he hopes to be included on the transplant list.

Since the day Doctor Trace became sick, The Source Newspaper started receiving phone calls asking us to interview him and author an article about him. People are coming out of the woodwork, to talk about how Trace changed their lives, how he delivered their baby, or how he helped their family. Trace is a man with an enormous impact on this community.

Trace graduated from the University of Chicago Division of the Biological Sciences the Pritzker School of Medicine. He completed his residency at Columbus Hospital in Chicago. He worked for Cook County prior to deciding to relocate his family to Jacksonville in 1984. Since that time, he was in private practice until a merger with Passavant Area Hospital. Trace cannot tell me the number of babies he delivered in our community. At one point he sternly replied, “I didn’t count them.” The residents of this community know, though, and they are speaking with a resounding voice, “Get Dr. Trace a kidney.” The number of people that have stepped forward to be tested is more than a few. The problem currently continues to be the red tape of the transplant process.

For Trace, the kidney would fill a great part of his attempts to rebuild his life; but, it is greater than that for him. He understands the process and is okay with attempting to fulfill the requirements needed to be placed on the list. He feels extreme gratitude to his wife, Konnie. He does not think he would have survived without her support. He has received calls, text, letters and visits of support from people who care about him and want him to survive. He feels this warmth and it pushes him every day to continue to try and walk and live the life he had planned for himself prior to this devastating event. While he might be down, he feels like he is coming back up and is thankful to everyone that is pulling for him!