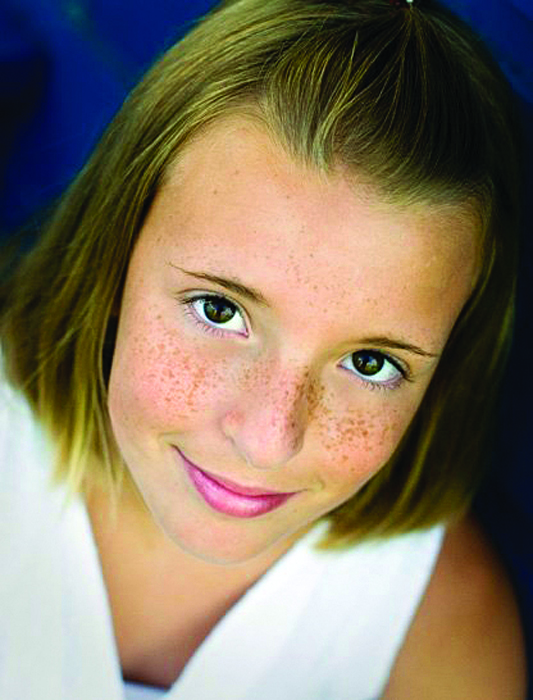 It has been nine years and one local mom has made it her mission that others never experience what she, her husband and her daughter endured.

Vibrant. Athletic. Energetic. In 2011, all three words described 12-year-old Madison “Madi” Allen. In February of that year, she had just completed basketball season at her school and her traveling soccer team had wrapped up play, so it was her downtime before starting spring sports. Even though she wasn’t feeling the best, Allen wanted to go to a friend’s birthday party one Friday night. After she got there, she started feeling worse, so she texted her mom to come and get her.

When Allen got home, she was running a fever and coughing; her mom, Shelle Allen, gave her some over-the-counter medicine. Throughout the weekend, her symptoms got better then worsened, making her nights very restless. “My hope was that we could get her in to see our doctor first thing on Monday,” recalled Shelle Allen. “By 7:30 a.m. on Monday my husband and I were walking Madi into the ER where they immediately put her on oxygen, started breathing treatments and x-rays showed double pneumonia.”

The doctor realized that the breathing treatments were not working and they would need to transport her to St. John’s Hospital in Springfield. Her father, Steve Allen, rode with her in the ambulance and by the time they reached the hospital, she was in respiratory distress. The doctors had to intubate her and put her to sleep, giving her strong doses of antibiotics. For almost five weeks, Madi Allen was in a coma. Her parents didn’t know from one day to the next if their daughter would ever come back to them.

Madi Allen was fighting for her life. Influenza B had taken over her body.

Madi Allen finally came out of the coma and worked on making a complete recovery. Her mother found herself wanting to keep her daughter in a bubble to protect her from everything. Through social media, she started discovering other families who had gone through similar situations.

Today, Shelle Allen and her family are involved with a national organization called Families Fighting Flu (FFF). The organization was founded by three sets of families that have lost their children to the complications from the flu. These families wanted to put a face on the flu. “Advocating for prevention and protection from the flu is a top priority for me,” stated Allen. “Flu does not discriminate. Madi was a very healthy, active 12-year-old.”

As president of the board of directors for FFF, Allen and the organization works to protect children, families and communities from the flu through education about getting the flu vaccine. The Centers for Disease Control (CDC) recommends annual flu vaccination by the end of October. Flu activity peaks in February but it can begin in early fall. It is recommended that everyone from six months of age and older get a flu shot annually.

Flu is the deadliest vaccine-preventable disease in the United States. The CDC has estimated that anywhere from 12,000 to 61,000 deaths annually are attributed to the virus. Worldwide, a staggering 650,000 people can die annually from complications of the flu. Flu vaccines reduce the illness and symptoms and it reduces flu-related complications.

One thought that Families Fighting Flu is out to debunk is that you can get the flu from the flu vaccine. They say this is completely false. FFF explains that if you feel sick following a vaccine, there are a few possible explanations: 1) you may be suffering from another infection that is not the flu, 2) you may be experiencing side effects of the vaccine, or 3) you were exposed to the flu virus before you were protected by the vaccine.

Influenza is a highly contagious viral infection of the respiratory tract (nose, throat and lungs) that can cause mild to severe illness. It can also result in complications that can lead to hospitalization or even death. There is a difference between a stomach bug and the flu. People need to consult with their healthcare provider to know and understand the difference. “Google is not a doctor. When it comes to your health, please go to trusted sources such as your healthcare providers, CDC and Families Fighting Flu,” concluded Allen. “The number one thing you can do to protect your family and everyone in your community from the flu is get the flu vaccination. It is safe and it works. Make a promise for yourself, or your loved ones, and for my daughter Madi to get a vaccine.”

Despite living with chronic lung disease, asthma and being prone to pneumonia, today Madi Allen lives a very productive life. In May, she graduated from Hannibal LaGrange University and while there, she was the starting goalie for the women’s soccer team. Lung function will always be a factor in her life, as will dealing with a chronic cough. She also takes vest and nebulizer treatments daily. Still, she does as much as she can to be active.

Families Fighting Flu has a website with helpful information and resources you can use to educate yourself and your family. The site features stories, including more information about Madi Allen’s ordeal, that help put a face to flu. Through their web page, they encourage you to sign a promise to be vaccinated, plus they will send you a reminder. For more information, please check out www.familiesfightingflu.org.