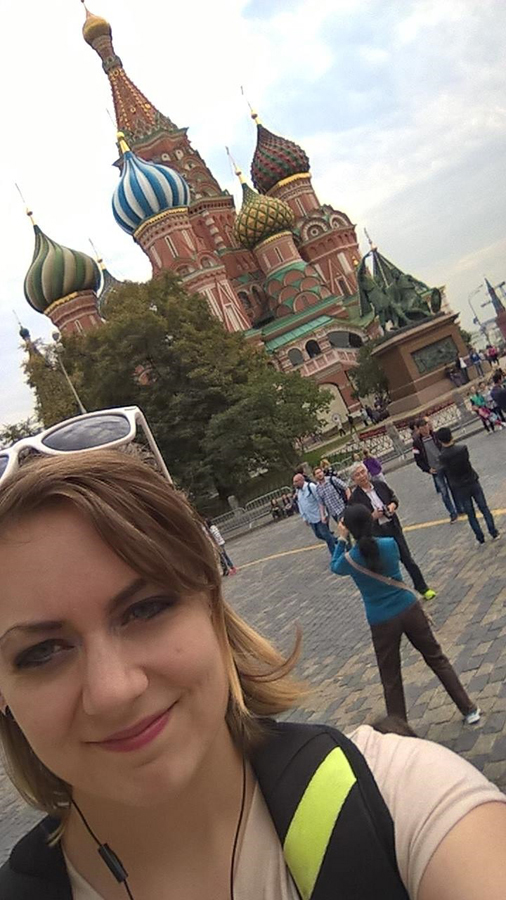 The world is a wonderful, exciting, and sometimes strange place, and there is no one better to attest to this than Morgan Rush. During her time at Jacksonville High School, Rush played in the symphonic band and the jazz band, took World History with Mr. Chelsvig, and watched herself grow over a four-year period. Her passion was, and still is, history. It was this passion which led her to Russia, where she teaches English in Moscow.

“Daily life in Russia is a new adventure every day,” Rush says in an e-mail to me. She walks, rides the bus, and makes use of the metro system–which happens to be the busiest metro outside of Asia–all to get to work in the morning. Perhaps this would not be so bad if the regular commuters in Russia did not push and shove with no shame; plus, not many things are written in English. “One might think that in one of the biggest cities in the world that there would be more English written or spoken but there’s not.” Rush says. “I’ve never been walking down the street and passed someone speaking English.” However, there are remnants of Western culture, such as American music being played in restaurants and stores. Most of the post-Soviet Union generation knows at least a little English, having been taught it in elementary school and up. That is not the majority, however. “… the average Russian adult over 40 probably only knows a few English words or phrases.” 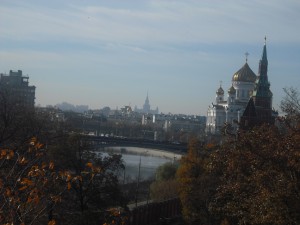 If those are not enough differences to scare people, there is also no smiling allowed on the streets. “In the US, when you pass a stranger it’s usually expected to acknowledge their existence, nod, smile or say ‘hello.’ In Russia, we pretend other people on the sidewalk don’t exist, and we stare straight ahead or at the ground. One time I accidentally smiled at someone walking her dog in a park, and it got really weird because that’s just not something you do over here,” Rush attests. Also, Rush says that crosswalks of all things are particularly strange. “Pedestrians treat crosswalks like an indestructible force field between them and cars zooming toward them,” she says. Dairy products are different too: milk sold in stores ranges from 2% – 4% fat. She told me sometimes the cheese tastes like wax. Perhaps the only comfort for an American is the fact that our fast food has spread around the world: restaurants like McDonalds, KFC, Subway and Burger King can be found in Russia. I guess food proves a better diplomat!

As an American, Rush says she feels safe, although Americans are not well accepted. Luckily for her, people have said she blends in well. “… I feel Russian,” she says. But the Internet proves to remind her of the USA. “Following the presidential election race from over here sure is interesting,” she admits.

While Rush has made a few friends with the locals, she says that she spends most of her time with her Russian co-workers. Teaching English is always eventful, and she usually has an individual lesson and two classes. These classes start at four in the afternoon and can continue until nine at night. Rush teaches all levels from kindergarten to high school. “My youngest are 5 and the oldest are 18. I like the older students because their English is so good; I feel like we can talk about anything.” While her employers are based in Britain, Rush says she sometimes tells her students about American slang. “Last week I taught my older students about the hilarious (and sometimes outrageous) text messaging acronyms we use. And my students find the popularity of ‘OMG, like I can’t even,’ really interesting,” she says. 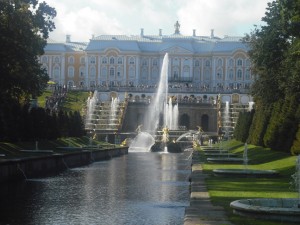 All in all, Rush enjoys herself immensely in Russia. While there are differences and similarities, the thing Rush marvels at most is how she herself matured. She offers advice to all high school students: “You are in charge of your life, and if you want to experience a different culture or move to a foreign country, you can make it happen. It’s hard work (especially if you need a visa), but it’s worth it. You can learn things about yourself and grow so much as a person by traveling and expanding your horizons.”