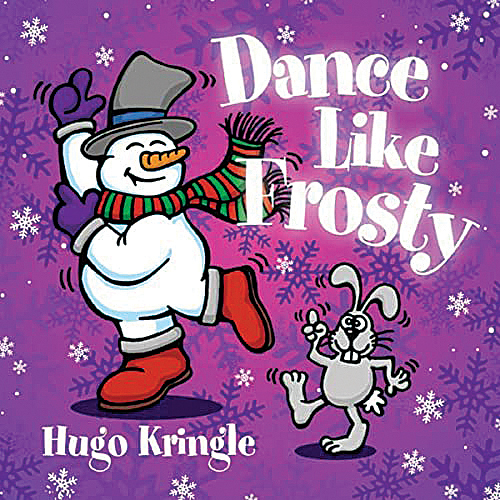 “Dance Like Frosty” is the title of a newest CD by local musician Mike Anderson. Anderson says the general feel of the CD’s musical contents is “light, funny and sing-able.” Dance Like Frosty includes 13 songs, within which Anderson also plays a myriad of instruments including dulci-lin, dulcimer, banjo, ukulele, bells and jaw harp.

Anderson sings each track himself, aside from a quick addition by Lauryn Maher, a seventh-grader at Jacksonville Middle School. Maher jumps in as the extra voice you hear when character Hugo Kringle incorrectly recalls a gift. According to the song, Kringle thought it had been a hippopotamus he had received. Anderson says, however, “She comes in yelling, ‘You didn’t get a hippopotamus … you got a ukulele.’”

Overall, the songs on the CD continue with this playful and fun quality. In fact, this is something Anderson himself plays up. He jokes, “Hugo Kringle is my real name. I go by Mike Anderson.” Generally bearded, Anderson recalls when he worked with kindergarteners at Eisenhower Elementary School that a young girl named Riley Drake thought he was Santa Claus aka Kris Kringle. Anderson then transitioned to second grade and a couple of years later had Drake again in his class. He says she came up to him and said, “I know you’re not Santa Claus now … you’re his brother!” Thus, his festive alias was created.

Anderson’s latest CD is available at Our Town Books in Jacksonville, or through dulcimerguy.com and hugokringle.com. Our Town Books is scheduled to host Anderson on December 13 for a book signing, as well. The time is not confirmed, so Anderson says to check in with the Our Town Books Facebook page or stop by to ask.