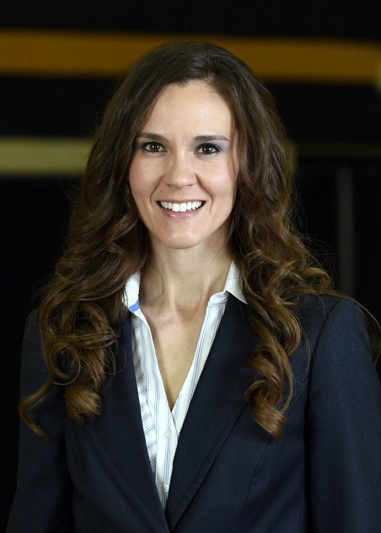 Illinois College Athletic Director Mike Snyder is pleased to announce the hiring of Jennifer McCormick as the new head women’s basketball coach at Illinois College. McCormick comes to the Hilltop after five seasons at the helm of fellow Midwest Conference institution Beloit College.

“I would like to welcome Jennifer McCormick and her family to the Illinois College community,” said Snyder. “Her passion for the game of basketball and her relentless work ethic will provide a positive impact on the women of this team and all those affiliated with the women’s basketball program here at IC.”

“From the start of the search process, we were targeting an individual who could capitalize on our program’s recent successes and continue to move this program to the top of the Midwest Conference. Coach McCormick’s strong, experienced background will enable her to do just that. She is an excellent fit for this program and for this school. I am confident she will have prolonged success as the leader of the Lady Blues basketball program.”

A native of Arthur, Ill., McCormick earned her bachelor’s degree in Biology with a Secondary Education Certification from Elmhurst College in 2004. There, she was a four-year letter winner for the Blue Jays and became one of only eight players in program history to suit up in 99 or more games. 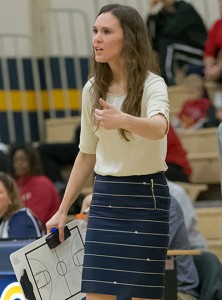 Following a four-year stint at Arthur High School, which included a conference title in 2006-07, McCormick was hired as an assistant coach at Loras College. The DuHawks advanced to the Iowa Intercollegiate Athletic Conference (IIAC) tournament semifinals in each of her two years there.

In 2011-12, McCormick was brought on as the head women’s basketball coach at Beloit College. In five years on the sidelines for the Buccaneers, McCormick developed two of the best players in school history in Lauren McNanna and Lana Wieseman. McNanna was named First Team All-MWC in 2012-13 after leading the conference in scoring. Both McNanna and Wieseman were then honored as Second Team All-MWC selection in 2013-14. Following McNanna’s graduation, Wieseman was a First Team All-MWC choice in 2014-15, leading the conference in scoring by a slim margin over IC’s very own MWC Player of the Year, Hannah McGinnis. In 2015-16, Wieseman once again led the MWC in scoring at 20.7 points per game and was named MWC Player of the Year in her senior season.

McCormick helped Beloit increase its win totals in each of the past three seasons, and the 9-14 record by the Buccaneers in 2015-16 was the best by the program since the 2009-10 campaign.

“I am truly grateful to Mike Snyder and the search committee for the opportunity to lead the women’s basketball program at Illinois College,” said McCormick. “The vision the college has for the athletic department and its commitment to academic and athletic excellence, while maintaining a supportive, family atmosphere, is very exciting to me. I feel fortunate to come into a program and campus with such a strong history and culture, and I am committed to continuing its success and giving our student-athletes the best experience possible.“

McCormick will begin her duties at Illinois College on July 8. The full 2016-17 schedule for the Lady Blues, including a trip in December to Puerto Rico, will be posted in the coming weeks.