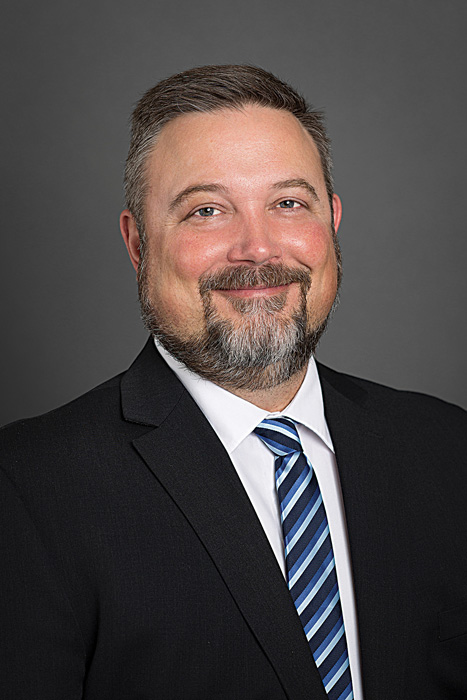 From the cornfields of Athensville to studies in Britain and work in Australia, comes Scott Boston, a competent emergency room doctor with a heart for his family, community and, now his new position as Chief Medical Officer (CMO) at Passavant Area Hospital (PAH). He says, “I want to help PAH work like a well-oiled machine in spite of all the regulatory burdens, financial constraints and other challenges of providing care in West Central Illinois.”

Growing up on a farm one mile east of Athensville, Illinois, Boston graduated from Greenfield High School in 1989. He shares, “While working on the farm growing up, I enjoyed the livestock work more than the field work and gravitated to the biological and animal sciences.” He went on to attend the University of Illinois (U of I) at Urbana-Champaign in what was then the College of Agriculture. But upon graduation, when he was accepted into the Veterinarian School at the U of I, he changed his mind – right before the semester was to start. He said, “It was August and I had no idea what I wanted to do for a career, and no real prospects for a job at the time.” He chuckled, “A couple professors took mercy on me.” With their help, Boston was able to secure a last-minute spot in the Animal Science Research Laboratory at the U of I. He finished, “While working in the research lab, I met other graduate students that wanted to be doctors, and for the first time ever, I started to consider this as a possible career. It was kind of an ‘ah-ha’ moment when I figured out combining my love of the sciences with caring for people would be a rewarding career.” Along with choosing a rewarding career, he chose a rewarding partner with whom to share his career; Samantha was a charming young lady he had met during his collegiate studies in Europe during his junior year of college. She presented a slight dilemma, though. Upon completion of her college career, she had plans of moving to Australia and living on a beach. Boston chuckled, “I convinced her that the cornfields of Illinois are just as nice any beach in Australia. Not sure she agrees, but we are still married 26 years later with four kids.”

So it happened … stepping out of the farm work and animal life he had lived in since birth, Boston’s medical career began to take shape. He said, “I have always wanted to know a little about everything, and had a hard time narrowing down what type of doctor to be. I found emergency medicine and really enjoyed the variety and ability to care for anyone and everyone at anytime. On any given shift, I can be caring for a young adult that needs some reassurance that they are going to be fine and the next minute running a code on a cardiac arrest patient. I get to do a little bit of all medicine, and sometimes that means you are using the latest and greatest tools and technology, and sometimes you are simply having heartfelt conversations with another human being.”

Finishing his emergency medicine residency in 2003, Boston started working in the emergency department at Memorial Health System in 2004. He shares, “This was a time of significant change in the world of medicine and the electronic health record was getting established. As a new doctor, I was trying to establish myself in this new job when I was told I had to change how I did everything from ordering tests to documenting my exams. I realized that I was part of a system, and the system had significant control on how I was going to help sick people. In an effort to get some control back, I started doing some administrative work with the information system at Memorial and found that just having a place at the table where decisions are made that affect the everyday work of doctors made life in the medical world more enjoyable.”

In 2012, when Boston’s group of physicians (Mid-America Emergency Physicians) was given the contract to staff the ER at Passavant, Boston jumped at the chance to get back closer to home. He explained, “I wanted to make sure Passavant ER was getting the attention it deserved.” In his new role as the emergency department medical director at PAH, he commented that he was excited to “be part of the team that makes decisions on how to best take care of sick people.”

Not surprisingly, his schedule was intense – lots of work through nights, weekends and holidays, not to mention missing school functions and family gatherings. He shares, “In spite of my often being absent, my family was able to keep going and be successful. I know it is not easy on them, and I am thankful they are so tolerant and accepting of my job.”

Speaking of his family, Boston’s four children are successful, happy and industrious in their various fields. While not on a resume, the factor of a healthy marriage and home life adds significantly to Boston’s credibility as a CMO. He shares, “Our oldest is finishing up her college and will start her career as a teacher this fall. Our next daughter will graduate high school this spring and plans on studying psychology at college so she can analyze her family and figure out what is wrong with all of us … just kidding (a little). Our next daughter is a sophomore and is thinking about history, since we watch of lot of the History Channel at home. Our son will graduate from eighth grade this spring, and well, he likes computer games.”

From 2015 to 2016, Boston took a sabbatical year and worked in western Australia. He shares, “This was my mid-life adventure and burnout prevention scheme.” In addition to being a burnout prevention scheme, it fulfilled his wife’s dream of living on an Australian beach, if only for a year. Plus, it gave his kids “a great experience and opportunity to learn about life on the sea.” During that year, Boston was able to work in a government hospital and see that side of medicine, as well.

Effective April 1, 2019, Boston assumed the role of CMO at PAH, replacing Dr. Marshall Hale. With plans to continue working hours in the ER, Boston is excited to serve from the top and keep in close contact with his fellow physicians.

Looking at his work weeks now as the CMO, Boston shared, “[Before I became a doctor,] … I rather innocently thought medicine was just about helping sick people. I did not understand all the politics, financial aspects and personalities that make up the world of medicine until I had been in the system for a while.”

Today, Boston is on his game, with a panoramic vision for the hospital from the top office, and an understanding of the groundwork as he works part time in the ER. He stated, “Doctors work in a system; they are part of a team of healthcare providers. The most meaningful part of my day is when the system works well and everyone on the team contributes their skills so that we achieve the best outcome for the patient. In the ER, we are always trying to beat the clock and get the best care in the quickest time possible. Some days, things just don’t click and it feels like you are running in mud. Other days, things work like a well-oiled machine. I have learned that the art of medicine includes not just getting the biological sciences correct, but also understanding the softer sciences of economics, social sciences, political science, administrative analysis and business.”

In conclusion Boston said, “It is no secret that providing high-quality health care is challenging and dynamic right now. There are rapid changes in health care and we need to be able to recruit the best professionals to serve our patients and manage the challenges of finance, increasing regulatory burdens and changing population demographics. PAH is where my family goes for health care and I want them and everyone who seeks care [here] to be given the best possible care.”