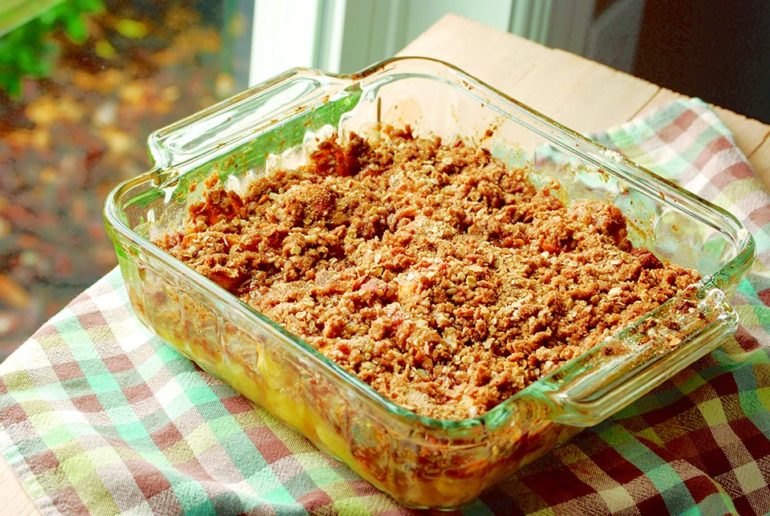 January tends to be a little slower month for catering. All of the Christmas parties and events are over. It is a good time for catching up on some of the details, like sorting through papers and organizing. Our recipes are kept in two notebook binders and then placed inside plastic covers. After a long time of use, the plastic covers were getting sticky and gummy, so it was time to take the recipes all out and replace the notebook and plastic covers with new ones.

Sorting through the recipes, I realized that there were quite a few we thought sounded great, but we hadn’t tried yet. Also, there were some that we use constantly and have pretty much memorized. I ran into a few old recipes that I kept from when I was just 10 years old. My mother had signed me up to join the local 4-H club. The club had many subjects of interest that a child, boy or girl, could explore. Along with the subject you picked were projects to study and make. At a certain point in your project, you were required to give a demonstration on what you had learned. I chose the baking course-Baking 101. Inside this cookbook, you found recipes from scratch, such as white cake, brownies and other easy desserts. I remember the wording was written simply for a child to understand easily, and the pictures were drawings of what the completed item was supposed to look like. After the course was complete and your demonstration was over, you were then encouraged to take a baked item (from the cookbook) to the county fair to be judged. Blue, red and white ribbons were awarded based on how well you had performed. Unfortunately, I did not save the book, but I had written down three recipes on index cards that were my favorite at the time.

The three were brownies, cherry jumble and peach crisp. This peach crisp recipe is a little different because you use a peach half instead of sliced peaches. It looks nice when served with a spoonful of whipped cream on top.

Preheat oven to 400 degrees. Grease baking pan. Mix flour, sugar and butter with a fork until crumbly. Place peaches in pan cut side up and sprinkle mixture over top of each one. Bake 30-40 minutes until golden brown.

View all articles by Georgia Stout